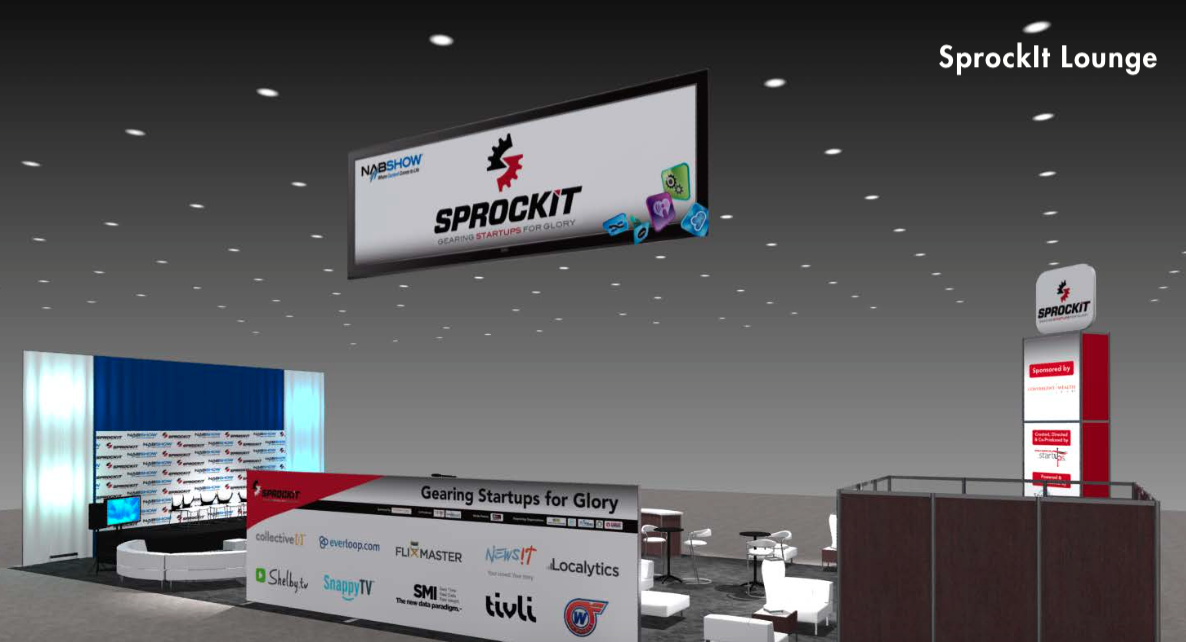 The year-round program hand-picks promising startups, including Whistle Sports, and helps mentor them with an invitation to showcase at NAB.

Is a showcase of cutting-edge media startups an anachronism at a conference founded by a broadcast association that originated in 1923?

Maybe so, but the Sprockit showcase at the annual National Association of Broadcasters (NAB) conference is proving to be a valuable launch pad for a variety of new-media video companies looking to break into the mass market.

Gaining the attention of the old guard through exposure at the event has proven invaluable to getting its new cross-platform sports content network off the ground, says Whistle Sports EVP Brian Selander.

Whistle, a cross-platform sports content network, may currently have 13.6 million subscribers and 54 million social media followers, but back in 2013 it was one of the initial startups invited to participate in the inaugural Sprockit showcase.

“We were in the inaugural Sprockit class before we even formally launched our network on January 1, 2014,” he recalls. “Being declared one of the most ‘revolutionary’ and ‘market-ready’ startups by a group of judges that established, helped establish us as well.”

“At that point, we had multiple agreements with pro sports leagues, a few of which had already become equity partners in Whistle Sports,” Selander told StreamDaily. “We also had a clear path forward for how we would be launching in a new way – on multiple digital platforms instead of more broadcast and cable – and how we knew how quickly we would scale.

“However, we had no established subscriber base, no creators announced as part of the network and no advertisers. The Sprockit designation gave legitimacy to our growth plan and meant that the conversations we had with more traditional media were taken more seriously.”

Of the 37 startups invited to Sprockit since 2013, success stories include SocialNewsDesk, a newsroom social media platform acquired by Graham Media Group; Watchup, a startup that delivers personalized newscasts to Internet video devices, and raised $2.75 million in funding through Sprockit corporate member Tribune Media; as well as social intelligence and visualization company Wayin that closed a $13.1 million round in Series C funding last year.

“With Sprockit, we want to shine a spotlight on the most disruptive startups and help them collaborate with leaders in the industry. We’re not an incubator, accelerator or a competition. It’s an invitation-only, trusted community of elite startups and iconic companies,” says Glazer.

Supported by such businesses as Angel Capital Association, Boston Consulting Group, Ernst & Young, Interactive Television Alliance,  National Venture Capital Association and many others, each startup isvetted by the industry and selected based on their “potential to disrupt the market and offer solutions” to common industry challenges, Glazer explains.

“Each startup offers innovative, market-ready mobile, web and/or cloud-based technologies that are already gaining traction and many have already been recognized by industry leaders, funders and consumers for the quality of their offering. Sprockit helps them extend their reach and business model.”

The deadline for submitting Sprockit applications is February 20. This year’s NAB is scheduled for April 11-16 in Las Vegas.