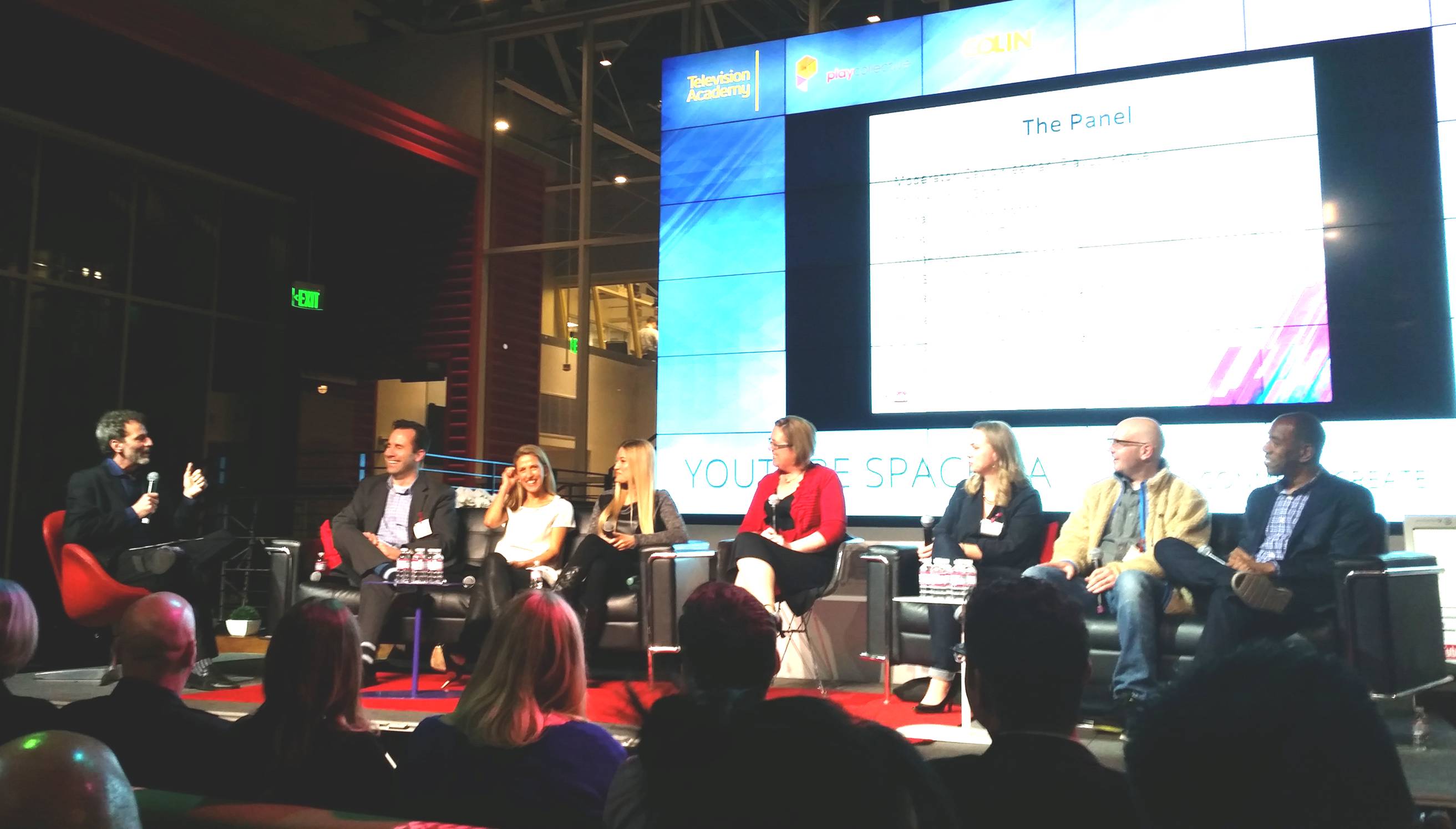 Nickelodeon, Maker and YouTube execs discuss the impact of streaming platforms on programming.

As children increasingly use streaming devices from tablets to OTT boxes as the primary delivery system for video, is it changing the type of content producers make for them?

That was the big question moderator David Kleeman, SVP insights programs for PlayCollective, posed to the panel at the “Creating Content for Children’s Media: What’s Next?” event at YouTube Space LA last week. Panelists from Nickelodeon, YouTube and Maker Studios explored how open-ended video structures such as those of personal vlogs or game-streaming broadcasts are impacting kids’ viewing habits, as well as how the demand for fresh, daily content is putting pressure on programmers.

To jump-start the discussion, Kleeman showed a video StreamDaily shot last month CES in Las Vegas (below) in which Portal A head of content Evan Bregman discusses how the YouTube aesthetic is infiltrating mainstream Hollywood content.

Panelist Justine Ezarik, known by her YouTube handle iJustine, illustrated how the lines are blurring between online video and terrestrial TV in the show biz news world. She recounted how at Comic-Con she ditched her Entertainment Tonight camera crew and shot video of herself on her iPhone, and the show ended up airing her selfie footage.

For children, the lines don’t even exist, she said.

“These kids don’t really care how they get (content),” Ezarik said. “Miley Cyrus, Justin Bieber and YouTube stars, they watch them all in the same place…on their phone…on YouTube, and they can’t tell the difference between how these people got to where they got, because they’re watching this content in the same setting.”

At Nickelodeon, which just announced that it’s launching a direct-to-consumer subscription service in March, the voracious consumption of content on a multitude of devices is driving it to produce more content faster, according to the company’s SVP for animation development, Jenna Boyd.

“We have daily programming, which is a format that allows us to tell stories that are a little more soapy or serialized, and we can get them out faster and quicker,” Boyd said. “There’s still a challenge in animation, because (it) does take a long time and takes a village.”

One of things that makes the YouTube experience unique is the way the content creators engage the audience directly, pointed out panelist Michael Ross, GM of family for Maker Studios. At the same time, it’s not unlike what children’s TV icon Fred Rogers did for decades on PBS’ Mister Roger’s Neighborhood, Ross said, speaking to children directly through the camera, much like vloggers like iJustine or gaming stars such as Stampylonghead.

“How long is a movie for us – 44 minutes, 68 minutes, 90 minutes? I don’t think we have an answer for that, which upsets the movie guys,” said Nickelodeon SVP Jenna Boyd.

“It’s not that everything is going away and everything is becoming new,” said Ross. “It is that what works for us as human beings, especially for children, always works in the same way.”

But the open-ended nature of the streaming platforms, unconstrained by time limits, program schedules and regular commercial breaks, is changing the type of content kids are accustomed to viewing, explained panelist Malik Ducard, global head of family and learning for YouTube.

“A lot of these (YouTube) videos are an hour long,” Ducard said. “And there’s not just one. They’re like, ‘Here’s me going through the entire Pokemon game. There’s 26 versions, they’re all an hour long.’ I have twin 8-year-old boys, and if I didn’t stop them, they’d watch every single one. The reality is – it’s not so much (about) storytelling. They connect with playing the videogame.”

Opened-ended structures tend not to work with bigger budget productions that need to be distributed across multiple platforms internationally to turn a profit, but Boyd said Nickelodeon’s format discussions are still largely driven by storytelling requirements.

For a classic cartoon that is very visual and not as dialog heavy, micro-formats tends to work better, Boyd said. Whereas for a project that is character-driven and the story world in which they live is bigger, the 11-minute format would work better.

“And if you have a long format and a simple story, you might not have enough to engage an audience for that time. We were having conversations (today) about how long is a movie for us – 44 minutes, 68 minutes, 90 minutes? I don’t think we have an answer for that, which upsets the movie guys,” Boyd said.

But no matter how children’s consumption of media changes in the future, the reaction of their elders is likely to be the same.

Said Kleeman: “Ten years from now, we’ll be gathering here and asking, ‘What is it with kids today who just see this in the chip that’s in their head? Why don’t they use media in the way we used to?”