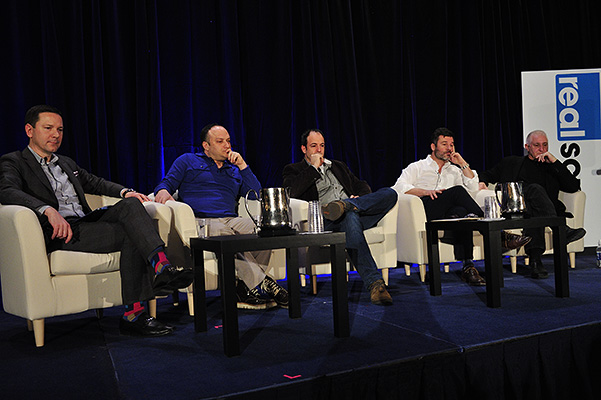 Though Nat Geo and Discovery plan to return to their roots, feature doc veterans say they will continue to explore digital distribution options.

After documentary programming evolved into reality TV on cable networks, many doc-makers had to look elsewhere to find audiences.

However, new leadership at National Geographic Channel and Discovery Channel have signaled plans to return the companies to their roots.

However, doc-makers gathered at the Documentary 2.0 panel at the Realscreen Summit on Thursday said they are continuing to explore other platforms and distribution options while cable sorts itself out.

“One of the reasons I didn’t want to stay with the company is we were losing our documentary roots,” Blue Chalk Media founder and former Discovery exec Greg Moyer told the 2.0 panel, which was moderated by Condé Nast Entertainment EVP of programming and content strategy Michael Klein.

Moyer accused the fake doc programming of being “a huge ethical lapse on the company’s part” that “did not sufficiently (convey) to the audience that there aren’t mermaids.”

He lauded Ross’s remarks, but is not certain a doc renaissance is in the works. “I don’t know how far back he wants to take it,” he said.

Blue Chalk is focused on producing short-form documentaries and other forms of digital content for news outlets and non-profits.

Moyer used the panel to announce the launch of Blue Chalk Education, which will produce content for classrooms and has inked a deal with Discovery Education for a series of 104 short docs, which will teach the principles of science to elementary schoolers under the banner “Science Alliance.”

Morgan Spurlock’s indie Warrior Poets is in the midst of co-producing the AOL On Network’s first long-form video series, Connected. The 10 x 30-minute program is based on an Israeli reality series and will premiere in March. EVP of development Ethan Goldman said the show will be available digitally in North America but distributor FremantleMedia will sell it as a linear TV program in international markets.

Meanwhile, Games for Change president Asi Burak won applause from the audience after he presented the trailer for Never Alone, a 2D puzzle adventure game embedded with short docs about the Alaskan Iñupiaq community. In order for such projects to work and feel premium, Burak said networks need to shift thinking (and dollars). “Don’t treat it as a marketing stunt. Treat it like it is its own production,” he said.

Although Microsoft shuttered Xbox Entertainment Studios, Searching For Sugar Man producer Simon Chinn was able to land a linear TV deal for his Xbox-produced doc Atari: Game Over with Showtime. The film, which is already available in the Xbox video store, will air on March 31.

“Working with Xbox was fascinating,” said Chinn. “They had all sorts of ideas about the ways their technology could create second-screen experiences. I definitely felt liberated from the usual structures of television.”