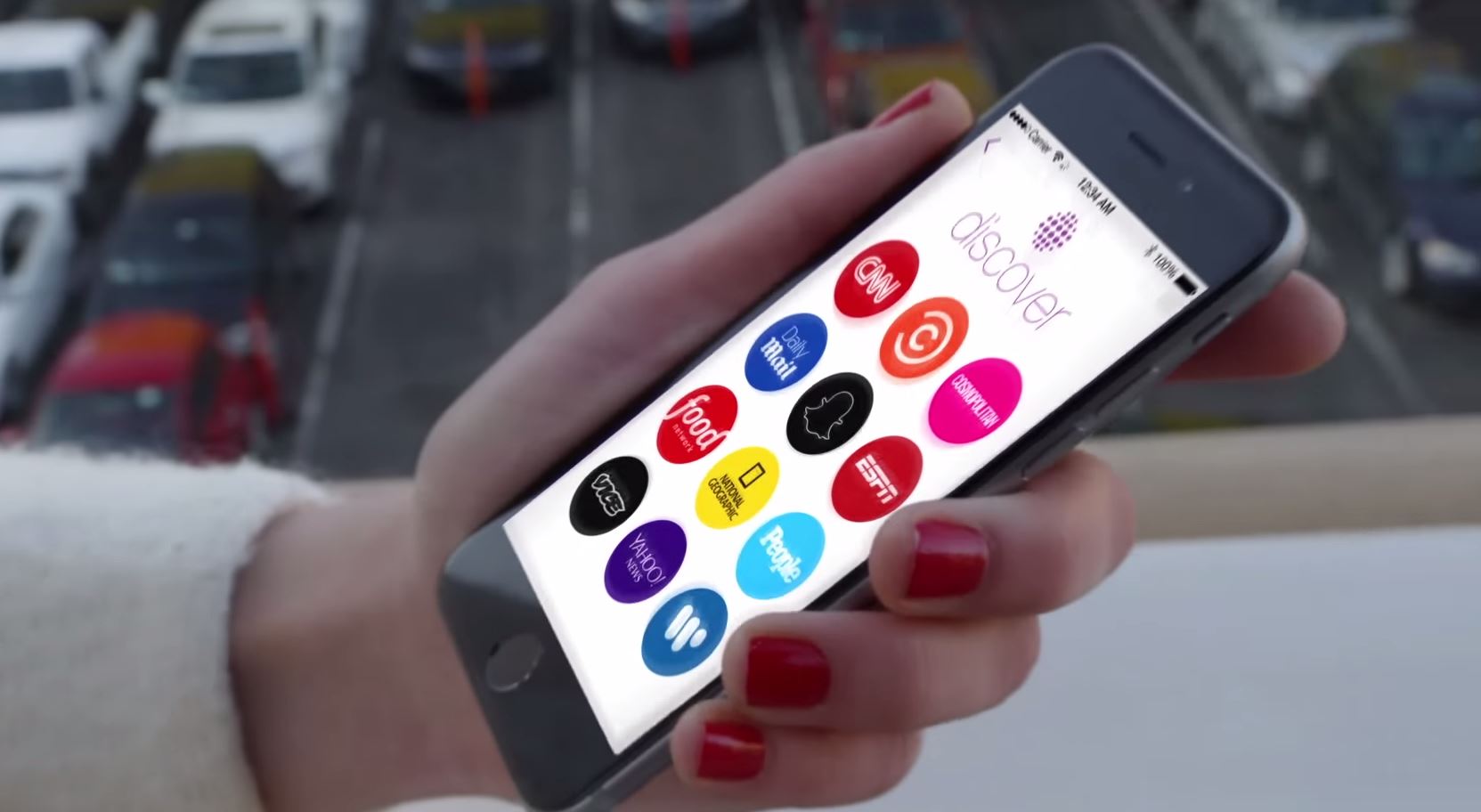 The sharing platform bows the new feature Discover, with ad-supported channels from CNN, Comedy Central, ESPN, People and others.

But Snapchat is insisting that Discover is not social media.

“Social media companies tell us what to read based on what’s most recent or most popular,” the company stated in a blog post. “We see it differently. We count on editors and artists, not clicks and shares, to determine what’s important.”

With Discover, each brand will have an individual channel with curated content presented in “editions” that will refresh with at least 5 new stories every 24 hours.

On the Comedy Central channel, stories will be created from the cable network’s existing linear TV franchises, including late-night series The Daily Show with Jon Stewart, The Nightly Show with Larry Wilmore and @midnight with Chris Hardwick, as well as primetime series such as Broad City, Inside Amy Schumer, Key & Peele, Kroll Show and Workaholics.