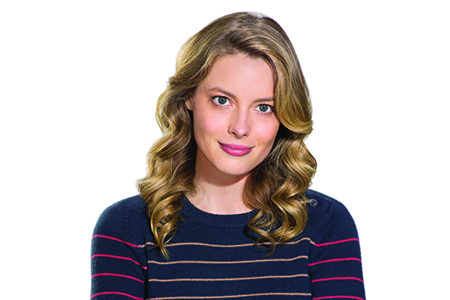 Actress Gillian Jacobs discusses her doc The Queens of Code, which debuted this week on ESPN's online platform FiveThirtyEight.

Though best-known for her role as Britta Perry in Community, and soon to appear in HBO’s Girls and Netflix comedy Love, 32-year-old actor Gillian Jacobs (pictured) is also trying her hand on the other side of the camera, making her debut as a director with the short documentary The Queens of Code.

The 15-minute-long film forms part of ‘Signals,’ a series of digital shorts from FiveThirtyEight and ESPN Films. The doc, which premiered on fivethirtyeight.com on Wednesday, focuses on the late computing pioneer Grace Hopper and her female contemporaries, and aims to shine a light on an underrepresented chapter in the history of computer science.

This is your first documentary. How did the commission come about?

I had met Dan Silver (senior director of development) from ESPN Films, and he and I were on a panel together at the Tribeca Film Festival – we just started a conversation about various ideas I had for ’30 for 30′ pieces. None of them were quite right for ESPN, but several months later he approached me about doing this piece on Grace Hopper for FiveThirtyEight.

Were you aware of who Hopper was at the time?

No, I’d never heard of her, I didn’t really know anything about those early computers during World War II, and I didn’t really understand any of her accomplishments when I read the one-sheet they sent me about her.

How did you approach making the film? Who have you interviewed?

I was able to speak with both Kathleen Broom Williams and Kurt Beyer, who both wrote biographies of her. I was also able to go to the Grace Hopper Celebration of Women in Computing this year and speak to a wide variety of women who are either very accomplished in their field, like Megan Smith, the chief technology officer of the United States, or women like Kathy Kleiman, who has done her own documentary about the women of ENIAC (the first electronic, general-purpose computer).

And then I’m trying to pull together as much archive footage as I can, whether it’s from ABC News, or working with universities like Harvard or Vassar, or places like the Hagley Museum.

Also, I’ve found things in the public domain: consoles that she worked on in the 1950s, images. I’ve contacted the Navy to get her naval records, trying to do as much as I can to get as many images and videos as I can.

Do you think this short will come as a surprise to people?

I’m sure for people who know me from Community it might come as a surprise, but I think anyone who knows me knows that I’ve always had an interest in these kinds of topics. I tend to bore the people around me on set and in life in general by reciting the things I heard on NPR or read in The New Yorker, or in books. I’ve always had an academic bent, I guess.

I went to an acting conservatory that didn’t really offer me a liberal arts education, and I found myself just reading novels on my own. I’ve always wanted to try and keep the other parts of my brain as stimulated as possible. I think it’ll hopefully make me a better actor as well, but it’s really fun to stretch myself.

Are you enjoying the experience?

Oh yeah, greatly. I think that trying to work within limitations is creatively exciting sometimes, so trying to seek out those puzzle pieces of, ‘Oh God, we really could use an image here to illustrate this’ – I enjoyed hunting those down.

Sometimes you have to get creative to either get to people, or to get them to help you, and I enjoy all those aspects of the process. It’s fun.