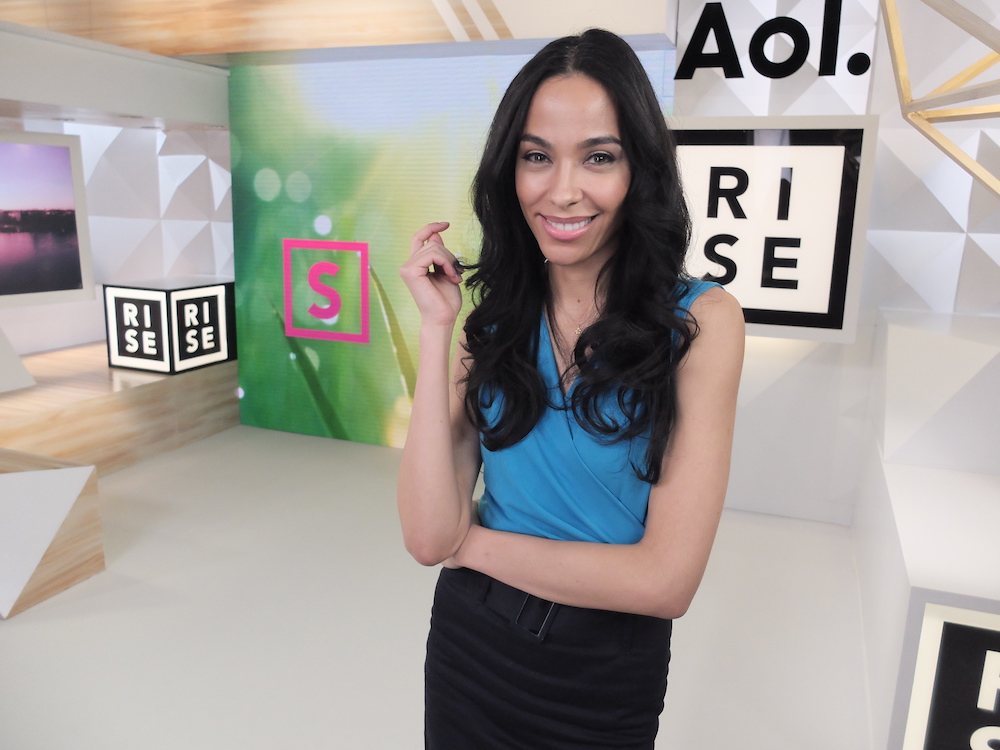 Mari White hosts AOL Rise every morning for 2 minutes on the hour in the company's latest programming effort to reach mobile audiences.

Hosted by Mari White (Changing the Game), AOL Rise is the website’s new morning show, shot and broadcast in 2-minute segments over 4 hours live from the company’s New York headquarters.

With each segment launching at the top of the hour from 6-9 a.m., AOL is hoping lifestyle and entertainment junkies will tune in Monday to Friday to catch White’s sound-byte snippets.

In a release, the company states AOL Rise is a response to a recent morning rituals survey, claiming it’s ideal for the smartphone-using commuter who wants to start their day with video content in snippets.

The other AOL property that debuted is That’s Racist, hosted by standup comedian Mike Epps (The Hangover, Next Friday, Friday After Next).

Exploring racial stereotypes through comedy, while shedding light on the stereotype origins and how they continue to impact contemporary society, Epps offers segments that average 7 minutes in length; telling a joke to start off the proceedings and discussing issues with a round table of comedians.

AOL has taken a page from the Netflix binge-watching school of programming, and premiered the first 5 episodes of That’s Racist.

The remaining 5 episodes of the first season will be posted on March  6.