The U.K. pubcaster has launched Taster, an experimental video platform where viewers can interact with content.

An idea for an interactive video may become wildly successful or it may bomb, but that risk is part of the plan with BBC’s latest digital launch.

The U.K. pubcaster on Monday introduced Taster, a platform where producers can experiment with storytelling and video player technology. Launch projects include an interactive video of U.S. hip hop group Run the Jewels, which follows the talent on their walk to the London venue where they’re performing, then cuts to a backstage interview and performance. All throughout the short doc the viewer is in control – he or she decides whether they want to follow Killer Mike or El-P, for instance; pick which camera angles to display on the screen; and skip to different parts of the interview with the talent.

Another video at launch includes an interview with Lena Dunham, in which the viewer can go straight to the part of the interview where the producer/actress discusses people’s qualms about “saggy tats.” There are over a dozen different projects on the site so far, and they span categories from music to comedy to cooking. In “Kitchen Bitch” for instance, the viewer can order the chef around through the video player. 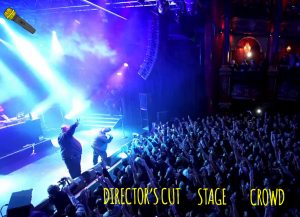 Without Taster, the experimental projects may never have had seen the light of day, the BBC claims. Part of the goal is for Taster to act as an incubator, receiving audience feedback on early-stage ideas and improve them if they see potential for ongoing projects. Sourcing ideas will take collaboration across the media company’s divisions, including digital, radio and television.

“BBC Taster is the next step, bringing together our editorial and technology experts and opening the process up for audiences. This will give us valuable feedback and technical insights, helping us further develop our ideas and work on those with the greatest potential,” said Ralph Rivera, director of BBC Future Media, in a statement.

BBC cites the growing influence of social media and mobile technology on content consumption among millennial audiences as the impetus behind the new initiative. BBC Online now receives as much traffic from mobile as it does from desktop, and smartphones are considered the most important device for accessing the internet among 16- to 34-year-olds in the U.K., according to Ofcom data from last year.