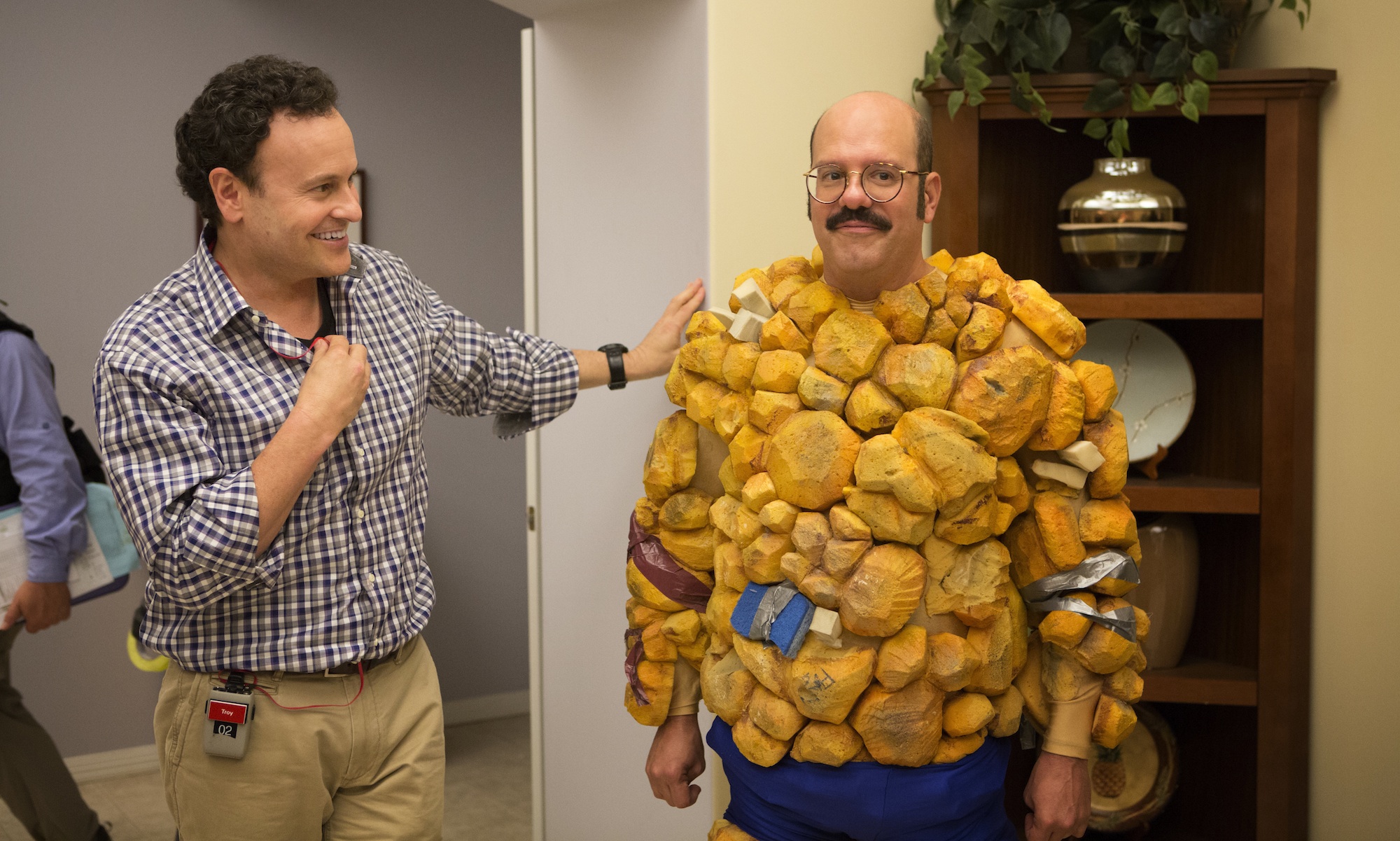 Hidden jokes and continuous storylines: Creators of Arrested Development and Breaking Bad say their shows thrived thanks to Netflix.

Vince Gilligan, the creator and producer of Breaking Bad, is not a binge-watcher.

“I’m a channel-surfer still,” said Gilligan at NATPE on Wednesday, admitting the only time he indulges is on New Year’s Eve when Syfy channel broadcasts a The Twilight Zone marathon.

But Gilligan knows he’s likely among a minority of people who lament the days of television being a “communal experience,” when everyone watched the same shows at the same time. Netflix and other streaming services have knocked this concept as the ideal, and ripple effects can be felt on programming trends and entertainment distribution models. 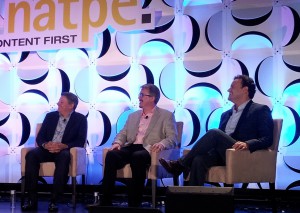 These issues were discussed on a panel featuring Gilligan (whose Better Call Saul premieres next month), as well as Mitchell Hurwitz (pictured on set), creator and executive producer of Arrested Development, and Ted Sarandos, chief content officer at Netflix.

“With a hyper-serialized show like Breaking Bad, it’s very hard to catch up and watch it in traditional broadcast fashion. That ability that streaming allows us all…to consume episodes like potato chips is such a wonderful technological development,” said Gilligan. He added he owes Netflix a lot of credit for making the show popular around the world. For instance, the streaming service picked up Breaking Bad in the U.K. when it was cancelled by Channel 5 after just 2 seasons.

Because conventional wisdom in the TV world dictates there’s about a 40 to 60% chance viewers didn’t watch the last episode of a show, in the past, networks have given preference to episodic formats, said Sarandos. Now, serialized shows are thriving.

A comedy like Arrested Development, where Hurwitz would delay the punchline to a joke to an episode down the road, truly was ahead of its time, said Sarandos.

Hurwitz admits this was a risky move at a time when sitcoms – or “character comedies” – were expected to wrap up neatly each week. “You don’t want to see what continues to happen to them, you’ve gotta reset every time,” Hurwitz said of the conventional wisdom before binge-watching.

The show, which was cancelled by Fox in 2006, before Netflix even launched a streaming service, was revived for a fourth season by the platform last year.

As Netflix’s programming strategy evolves and the platform also sets it sights on original films and talk shows, it’s fair to expect an impact on how these genres are distributed.

While visually stunning films like Interstellar will always attract an audience to Imax, it’s not fair to expect viewers who don’t live near a movie theater to wait a year before watching all films.

“There’s plenty of movies that there’s no reason to hold up the distribution model (just) because you can,” Sarandos said, commenting on the recent day-and-date announcement for Netflix’s Crouching Tiger Hidden Dragon sequel and 4 Adam Sandler films.

As for Chelsea Handler’s upcoming talk show for the service, in order to work on the platform, the show will move away from gossipy elements that the comedian’s show on E! featured, and highlight more of Handler’s standup and her interview skills, Sarandos said.

“We weren’t looking to gain 11:30 (p.m.) viewers,” said Sarandos. He added that from his staff he surmised time-shift viewing is the way most people watched Handler’s late-night show on E!, stacking a bunch of episodes then watching them on Saturday morning.