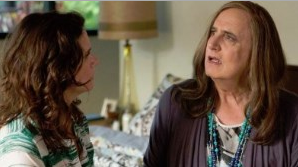 On Saturday, Amazon will offer the first season for free and a reduced price on Amazon Prime subscriptions to celebrate the show's Golden Globe wins.

People curious about that online series about the transgender dad that won a couple of Golden Globes earlier this month will have a chance to see it without cracking open their wallets.

Citing a desire to celebrate the show’s Globes wins for best musical or comedy series and best actor (Jeffrey Tambor), Amazon is making all 10 episodes of the first season of Transparent – typically available exclusively to Amazon Prime members – available for free on Saturday. On that day, it’s also offering a year’s subscription to Amazon Prime for just $72, instead of the regular price of $99.

Amazon has greenlit a second season of Transparent, set to air later this year.