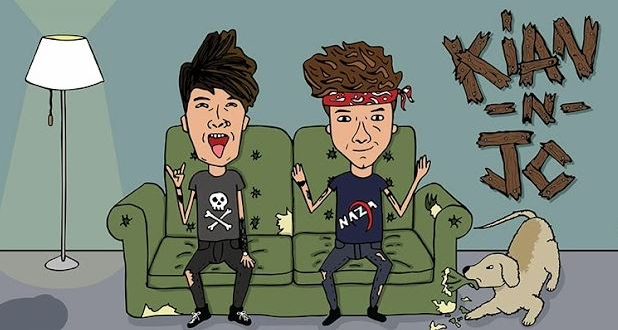 Kian Lawley and Jc Caylen have launched the YouTube channel KianAndJc as an outlet for ambitious content, produced with an eye toward jumping to traditional platforms.

YouTube stars Kian Lawley (2.4 million subscribers) and Jc Caylen (2.1 million subscribers) launched a new channel on Monday, titled KianAndJc. The duo is looking to use it as a means of leveraging their large millennial fan base to attract the interest of mainstream Hollywood.

Lawley and Caylen – who first came to prominence as part of Teen Choice Award-winning YouTube collective Our2ndLife – will continue their activity on their individual channels, while using KianAndJc for more ambitious content, produced with an eye toward jumping to more traditional platforms.

They plan to post collaborations with bigger YouTube and mainstream celebrities on Mondays and reserve Fridays for original cinematic short films shot with a crew.

The duo is currently in talks with Hollywood agencies to find writers and directors interested in taking advantage of the digital audience they have built. They are managed by Big Frame’s Andrew Graham, who is a producing partner for the channel, which is part of the Fullscreen multi-channel network. They are also represented by lawyers David Matlof and Danny Miller at Hirsch Wallerstein Hayum Matlof + Fishman.

Whether or not the KianAndJc channel attracts interest from old guard Hollywood remains to be seen, but their fan base has definitely taken notice. The channel soft-launched last week with a series of teaser videos, and it’s already logged more than 560K subscribers.

The banner artwork on KianAndJc is an obvious nod to Beavis and Butt-Head, the 1990s MTV cartoon series about a pair of uber-moronic teen boys. But the channel will likely have more pull in the young female demo. When StreamDaily covered Fullscreen’s InTour live event in Pasadena last September, Caylen was a clear favorite of the tween girls in attendance, as the video below attests.