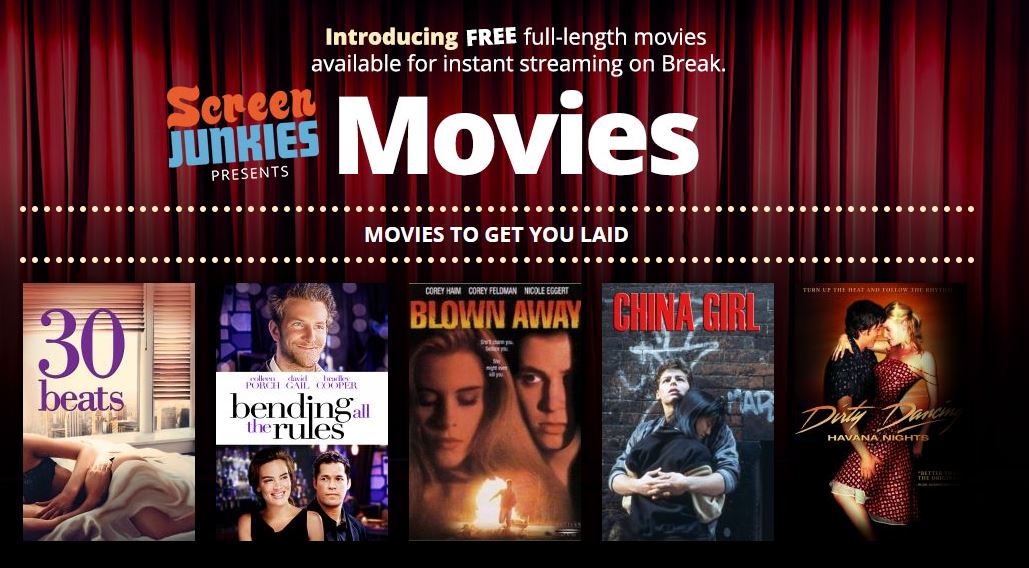 Named Movies on Break, it will feature 200 titles from the Lionsgate library, including Winter's Bone and Margin Call.

Video humor site Break announced that it is rolling out Movies on Break, an ad-supported platform in the U.S. that will have a selection of 200 movies from the Lionsgate library.

It launched Wednesday with 80 films in 8 categories, including Pulse-Pounding Action, Screen Junkies Approved, Overlooked Gems and Movies to Get You Laid. Winter’s Bone, Swimming with Sharks, The Descent, Devil’s Double and Margin Call are among the launch titles.

A new category will debut each week and include 8 to 10 new films, hand-selected by the Break editorial team, led by new editor-in-chief Jack Moore.

Break is currently available across the web and iOS, Android and Roku platforms, and scheduled to launch on Xbox.

Break is owned by Defy Media, which also owns digital entertainment brands Screen Junkies, The Gloss, ClevverTV and The Escapist, and is home to the comedy duo Smosh.

“Increasingly, our millennial audience is tuning out of traditional media channels and into OTT options,” said Keith Richman, president of Defy Media, in a statement. “As we’ve continued to launch mobile and OTT devices, our engagement numbers have taken off with viewing sessions on Xbox and Roku eclipsing 30 minutes.”

Lionsgate took a minority stake in Break in 2007, before the latter merged with Alloy Digital in 2013 to form Defy. This past September, Lionsgate bought the global distribution rights to The Smosh Movie starring YouTubers Anthony Padilla and Ian Hecox, that’s jointly financed by Defy and AwesomenessTV.