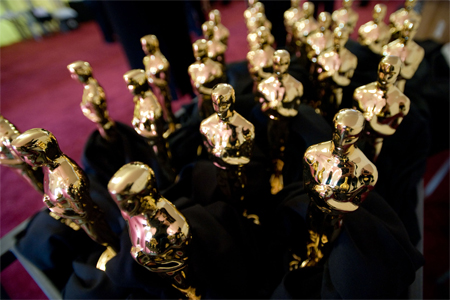 Netflix’s Virunga in the running for an Oscar

The investigative doc is up against Citizenfour, a feature about whistle-blower Edward Snowden.

Virunga, an investigative documentary about a protected national park in the Congo and the forces that threaten its ecosystem, will battle it out for the best documentary feature prize at the 87th Academy Awards on Feb. 22.

Netflix picked up the streaming rights to the film last year, and environmentalist actor Leonardo DiCaprio was brought on board as an executive producer ahead of the film’s theatrical run in November. This is not the streaming service’s first Oscar nod for its non-fiction programming – last year it received its first Academy Award nomination for The Square and later picked up rights to The Lady in Number 6, which was also a contender.

Among the major snubs in the category this year is Steve James’s documentary Life Itself, which was considered a front-runner by many critics and taste-makers. The 5 nominated docs were culled from a shortlist of 15 and fended off competition from films such as The Case Against 8, The Overnighters, Keep on Keepin’ On and The Internet’s Own Boy to secure their spots.

The full list of films Virunga is up against, as well as the nominees for best shorts (many of which stream online) with the names of the directors and producers follows below:

From realscreen with files from Melita Kuburas