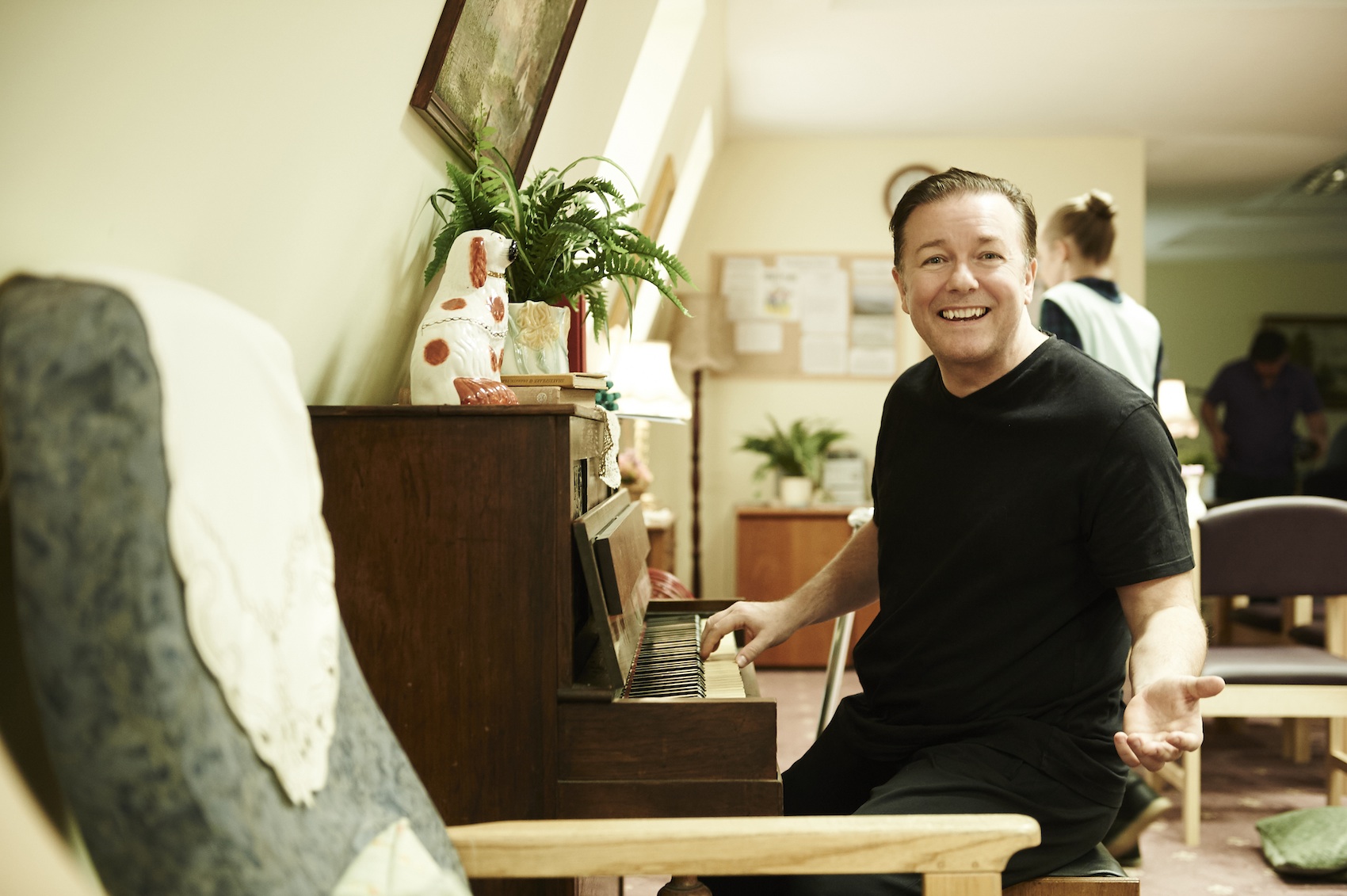 The 2001 flick will reportedly be revived with an 8-episode series, while the Ricky Gervais comedy wraps in April.

Rickey Gervais’s series Derek is coming to an end with a 1-hour special on Netflix.

The comedy will debut on April 3. It’s produced by Derek Productions and will stream in the U.S., Canada, Latin America, France, Germany, Austria, Switzerland, the Nordics and Benelux.

Derek, which launched in 2012, has been around for 2 seasons and recently earned Gervais a Golden Globe nom.

But as one Netflix original wraps up, the shooting on another has just begun – according to Deadline, Netflix is reviving Wet Hot American Summer as an 8-episode series. The 2001 film featured stars like Bradley Cooper, Elizabeth Banks and Amy Poehler, who are all slated to appear in the limited series, according to the report. Netflix chief content officer Ted Sarandos would not confirm the revival at last week’s Television Critics Association press conference, saying he was “excited about the proposition” and there was “more to come.”

Ricky Gervais on the set of the Netflix original series Derek. By Ray Burmiston/For Netflix.