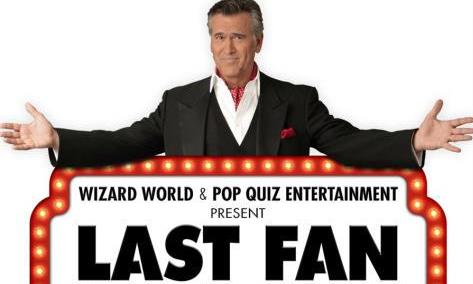 Soon-to-debut streaming service ConTV will launch an original series titled Last Fan Standing when it kicks off next month.

Last Fan Standing is hosted and produced by actor Bruce Campbell (The Evil Dead, Army Of Darkness), and created in partnership with Pop Quiz Entertainment. It will be filmed at Wizard World Comic Cons, with the first taping on Jan. 10 at a convention in New Orleans.

Targeting Comic Con fans, the Cinedigm-owned platform will carry free, ad-supported content, but it will also be offered as a subscription service costing $6.99/month. Behind the paywall will be content exclusives and extras, audience rewards, and ticketing bundle opportunities for Wizard World events.

Another original series that will launch on ConTV is Fight of the Living Dead, a zombie apocalypse series starring YouTubers like Joey Graceffa and Meghan Camarena. Children of the Machine, an hour-long series developed with BitTorrent and Rapid Eye Studios, will also stream on the network.