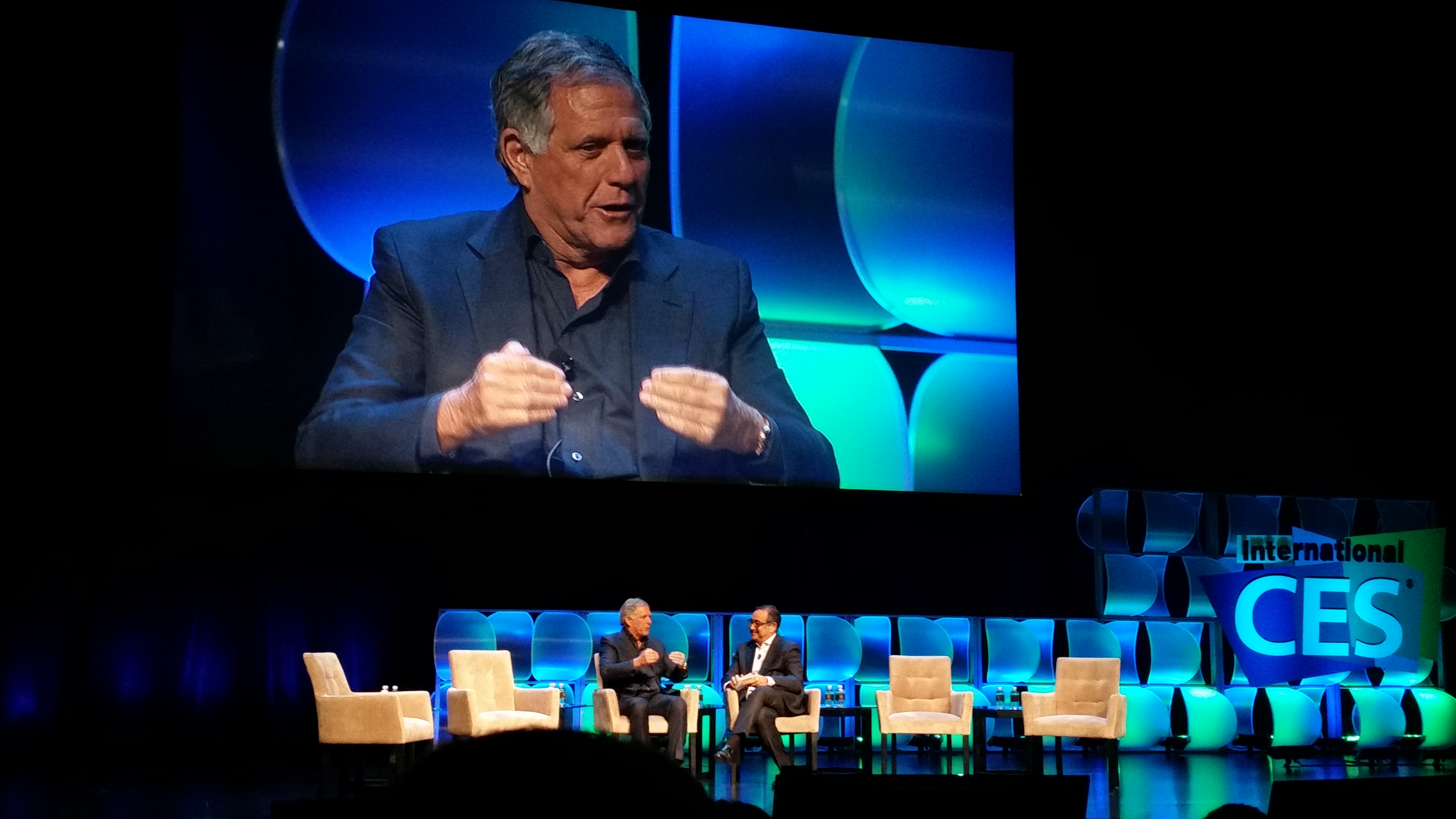 CBS’s Moonves had to learn to love OTT

In his CES Brand Matters keynote, the CEO said he had "old-school" reservations about going digital and had to be convinced of the merits.

In his CES Brand Matters keynote interview with Leslie Moonves on Wednesday, moderator Michael Kassan described the CBS Corporation president and CEO as one of the first to recognize that technology was a benefit to his business, not an existential threat.

But Moonves admitted that he struggled with the decision to take his network’s content over-the-top with its CBS All Access SVOD service, launched in October.

“We developed a phrase at CBS, which is ‘wireless is useless if you’re hitless.’ Meaning that if your content is no good, I don’t care how you deliver it.”

“For a long period of time, our (CBS Interactive) guys Jim Lanzone and Marc DeBevoise approached me and said, ‘Look, we would like to put CBS content over-the-top and these are the reasons why,'” Moonves recalled. “And, being the old-school guy, I gave them 12 reasons why I thought it was a bad idea.”

Moonves worried that the move to OTT could hurt affiliates and advertisers, but his digital team kept coming back and batting down those excuses, he said.

Going OTT gives CBS a measure of relief from its battle with cable and satellite providers over retransmission fees, but Moonves said his embrace of the digital space was not really about circumventing those MPVDs.

“It’s really to make our content available for people who are using mobile,” Moonves said. But, “obviously, it’s not bad to say to an MPVD, ‘Look, there are other means, there are alternatives to you. However, we like the ecosystem the way it is and we want to continue.”

One part of the ecosystem he thinks is ready for the scrapheap is Nielsen’s overnight ratings, which he described as “virtually useless.”

“Our information is now coming from so many different places over a much longer period of time that the idea of success or failure is very different,” Moonves explained. “Social networking becomes a measurement that becomes more and more important.”

Moonves had a warning for those who failed to heed the winds of change in programming, technology and advertising. “The people who haven’t grown along with us … (from) what our business was 20 years ago, 10 years ago, 3 years ago, (are) out of business,” he said.

But he also called out competitors who go on and on about their great new technology.

“The reason (they do) that is because their content is crap,” Moonves said. “We developed a phrase at CBS, which is ‘wireless is useless if you’re hitless.’ Meaning that if your content is no good, I don’t care how you deliver it.”

Moonves said it would be silly to ignore the wealth of super-granular audience data provided by online measurement tools, “but it’s only a part of our decision making. And the day that stops is the day that machines will be making our content, and we can’t let that happen.”