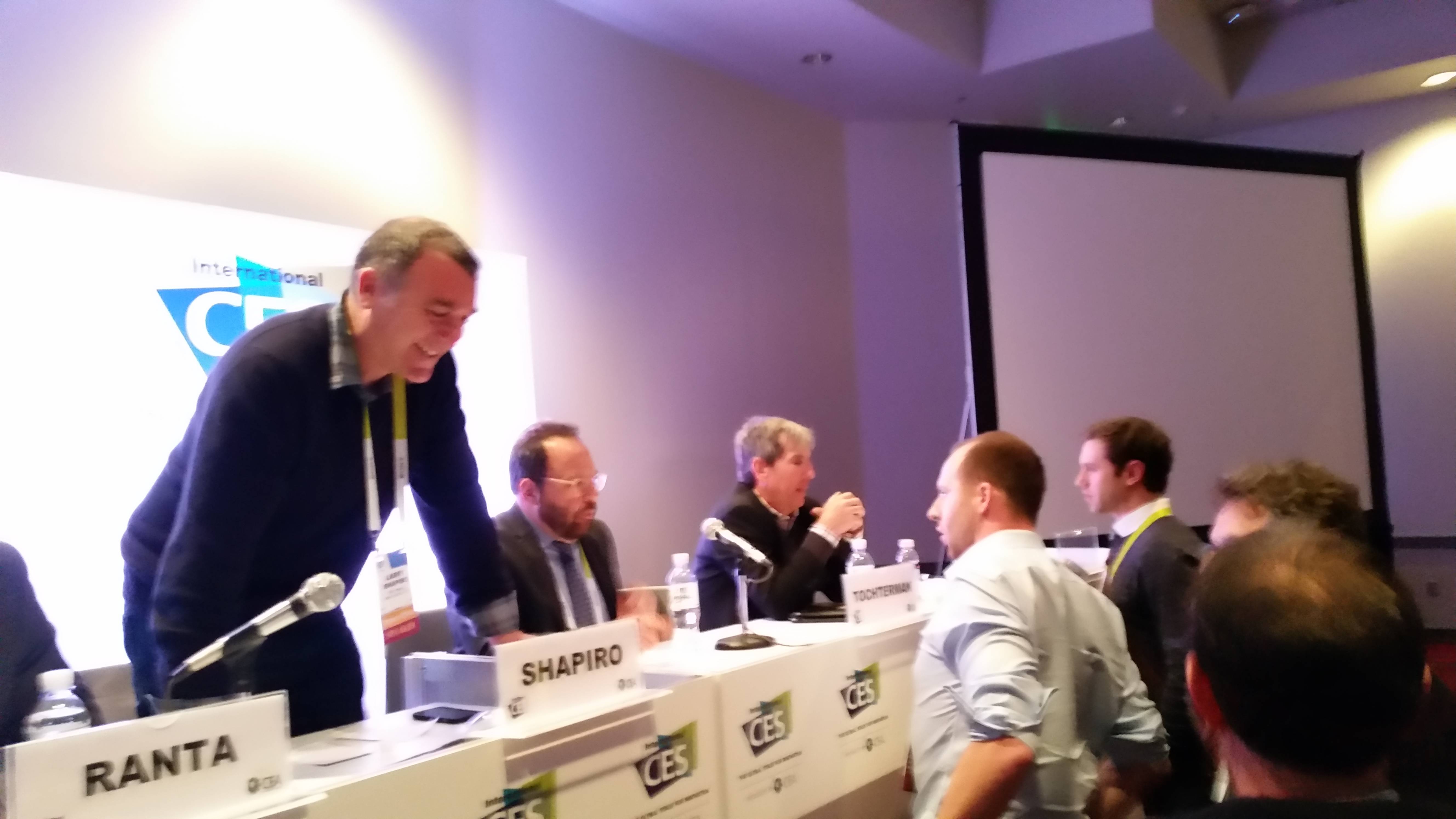 CES panelists differ on YouTube's previous content strategy, but all agree the site is not an easy smackdown target for competitors.

As the CES Digital Hollywood event “YouTube: Unlocking the Power of Programming” opened on Monday afternoon, moderator Sun Jen Yung of Headwaters MB warned that “two of the panelists would like to get into verbal fisticuffs.”

“As soon as the money started flushing in, people started saying, ‘I’m building a team around me,'” said Phil Ranta.

She didn’t specify which ones, but perhaps it was unwise to seat Fullscreen’s VP of talent operations Phil Ranta next to the company’s former head of talent Larry Shapiro, who left Fullscreen in October to become co-president of Big Frame.

What followed didn’t quite rise to the level of fisticuffs, real or verbal, but there were some sharp disagreements about YouTube’s strategic moves in recent years.

Shapiro said the video hosting behemoth “missed the boat” with its $100-million Original Channel Initiative in 2012 by throwing money at traditional show biz talent instead of nurturing digital native talent.

“I think my grandmother is starting her own SVOD service,” joked Larry Shapiro.

Panelist David Tochterman, president of Versatility Media, countered that it was money well spent because it changed advertisers’ perception of the platform.

Evan Bregman, head of original content for Portal A, agreed, observing that the $100-million spend bore fruit in 2014 with major shifts in the YouTube content ecosystem.

“YouTube creators also saw (that) what they did could be something more,” said Bregman, whose company produces the annual YouTube Rewind video. “We’ve gone from what was a video blog being looked down on as something weird kids were doing to something legitimate,” and “we’ve seen YouTube graduate from being just a social network to being one piece of a larger business model.”

Ranta observed that “a lot of the increase in production values grew out of brands taking notice” and coming to creators with actual production budgets.

“That’s when everyone started getting managers and agents,” Ranta said. “As soon as the money started flushing in, people started saying, ‘I’m building a team around me.'”

The conversation turned to the recent rash of new SVOD service announcements, which has included NBCUniversal’s Radius and Vessel, co-founded by former Hulu CEO Jason Kilar.

“I think my grandmother is starting her own SVOD service,” Shapiro joked.

Vessel is poised to take on YouTube by giving creators a larger revenue split and a piece of subscription fees in return for a 3-day exclusive window for their content.

While not referring specifically to Vessel, Ranta observed that “one of the hardest parts about competing with YouTube is the depth of content. New platforms won’t have it.” To get it, they’ll have to spend “Netflix money,” he said, and they don’t have it.

Panelist Evan Weiss, SVP of strategic alliances for Collective Digital Studio, observed that if the grail is brand integrations, “Facebook is an obvious choice, because there’s already a (giant) potential audience there.”

But, he concluded, the Google-owned hosting giant isn’t likely to be toppled anytime soon.

Said Weiss: “YouTube is the place to be for the present and the foreseeable future.”