"By the way, we also sell hotel rooms." David Beebe, head of content marketing at the hotel chain, discusses deal structure with YouTubers. 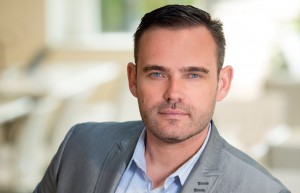 Marriott’s latest marketing strategy can be separated into two categories: producing content that informs consumers, and that which entertains them.

“In the inform column, you’ve got destination content or utility content – how to travel better, top technology in travel, for example,” he says. “On the entertainment side, that’s where our short films, TV shows, webisodes, series – all the story stuff – falls. The aim is to build a relationship by providing content related to travel lifestyle that entertains them, puts them in motion, makes them think, ‘That’s cool that Marriott created this story,'” he adds about the plan.

Currently the studio has deals with about 10 YouTubers including Sonia Gil who is creating several “utility” travel pieces for Marriott, and Jack Harries of JacksGap, a British vlogger who creates doc-style travel shorts.

Beebe describes these as “traditional Hollywood development deals” in that the creators are locked into working exclusively with one of the chain’s 18 brands (meaning they are unable to work with any other hotel company), committing to pitch ideas and execute any projects Marriott might greenlight within that time frame, which can be up to a year. While the pitch commitment varies depending on the length of the deal, typically the creator is expected to bring between 5 to 10 ideas to the brand, he says.

Marriott finances all the projects but IP ownership structure varies.

“What we do with all of our talent that we make development deals with is they come down to headquarters, and they spend a couple of days going through brand immersion. They meet with all our marketing teams, they spend times at headquarters to learn the history of the company and sit down in an ideation session,” Beebe says about the process. “The idea is to build a long-term relationship with the talent.”

While the utility content may not be as “sexy” as the scripted fare, such as Marriott’s upcoming film Two Bellmen or The Navigator Live music show it produces, the content does serve a key purpose in that it not only informs consumers on what to eat in Orlando or what show to see in New York, it also helps lift SEO rankings.

“Our goal is to have so much destination content that is unique and different, that it lifts those rankings in search and (consumers) come over to our site, where the content is presented in much more of a travel magazine type format,” he says of Marriott.com, one of the brand’s key distribution points. “So the idea is…here’s content we just provided you – by the way, we also sell hotel rooms.”

Hotel room bookings is just one way the brand measures the ROI on its content strategy, Beebe says.

They also look at content engagement rates and community build: viewership numbers, engagement rates (time spent viewing the videos or reading the articles, shares and whether all that interaction has resulted in signing up for Marriott Rewards program).

“The last part of that is commerce: once we have engaging content that builds community, how are we monetizing that activity?”