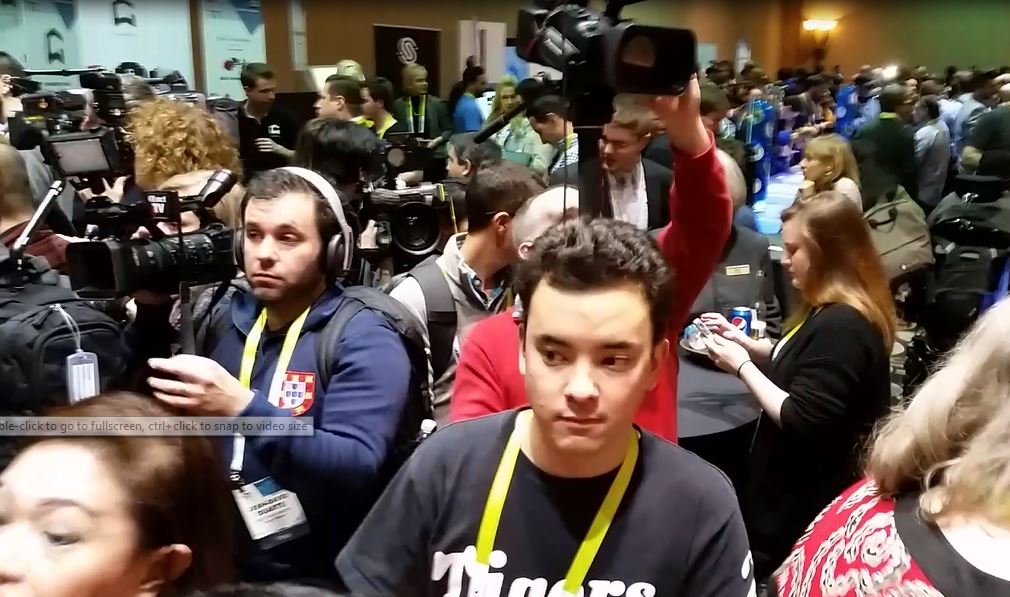 Blog: CES kicks off with cars, drones and of course, booze

Gadgets hawked at CES are nearly overshadowed by the tech they bring covered with, including elaborate digital cinema rigs to smartphones on sticks.

The 2015 International Consumer Electronics Show (CES) doesn’t officially kick off until Tuesday, but Las Vegas is already teeming with tech-obsessed hordes, clamoring for a peak at the latest gadgets.

The corporate presentations began on Sunday at the cavernous Mandalay Bay Hotel and Casino. Chevrolet gave a 30-second sneak peek at its 2016 Volt hybrid, which will have its official unveiling at the North American International Auto Show in Detroit next week, while PC graphics card maker NVIDIA announced its new Tegra X1 “superchip” for mobile devices.

As it was a press event, there was ample free food and booze available. A blueberry lemonade cocktail was the evening’s specialty drink, but a bartender queried said she was serving “mostly foreigners” who ordered beer, wine and water. Okey-dokey.