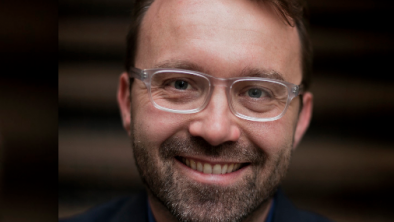 Look back, look ahead: The CEO and founder of Barcroft Media discusses trends that will impact the digital video industry next year.

StreamDaily is asking some of the top execs in online video about the biggest trends of 2014, and some of the areas of opportunity they’re looking forward to next year. Below is a recent interview with Sam Barcroft, founder and CEO of Barcroft Media.

Facebook’s algorithmic shift in favor of natively uploaded video was a game-changer – it moved the power base in video consumption away from YouTube for the first time.

What trend in 2014 do you think helped shape the online video industry?

The huge acquisition of Maker and investments in Vice by traditional major media companies changed the space completely. They showed that traditional media are looking to online brands and creators to help continue their own growth. With linear viewing trends continuing downwards, global players like Disney and A+E have decided to invest in brands that already resonate with audiences in the digital video space, thereby future-proofing themselves. These huge investments mean that startups now have great reference points when they are raising money.

Any launches or deals that you think failed to make an expected bang?

Despite the huge deal, Maker’s sale to Disney is one that doesn’t seem to have played out in a big way so far. With such a stellar brand like Disney, I expected more announcements and bold channel and show launches. We’ve not seen how Disney plans to take advantage of the opportunities offered by their purchase.

What trends will you be watching to help grow your business in 2015?

Continued growth in demand from brands for unique, premium, brand-powered content will help make the digital video industry a more viable economy for producers. Facebook’s algorithmic shift in favor of natively uploaded video was a game-changer – it moved the power base in video consumption away from YouTube for the first time. And we’ll be keen to see how (Google) Preferred evolves over the year – how that plays out will be really important to premium producers.

The British YouTubers seem ready to go global – Zoella and her friends have an amazing fan base in the U.K., and I think their brand of humor will resonate more and more internationally.

In case you missed it, catch up on previous chats in our Look back, look ahead series with StyleHaul’s Mia Goldwyn, Jukin Media’s Jonathan Skogmo and Rightster’s Charlie Muirhead.