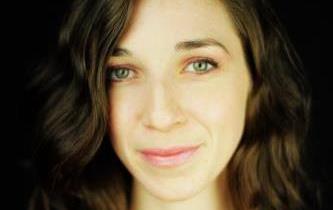 "If 2014 was the year of acquisitions, 2015 is going to be the year of SVOD," says Big Frame co-founder and chief creative officer Sarah Penna.

StreamDaily is asking some of the top execs in online video about the biggest trends of 2014, and some of the areas of opportunity they’re looking forward to next year. Here is a recent interview with Sarah Penna, co-founder and chief creative officer of Big Frame, and further below, her husband, filmmaker Joe Penna, weighs in.

What are the biggest trends you’ll be watching to help grow your business in 2015?

If 2014 was the year of acquisitions, 2015 is going to be the year of SVOD. With companies like Vessel making big moves, there will be more players launching in 2015. Big Frame will also be looking to do a lot more in the live space next year, and we think that’s a huge white space to move into.

I’m excited to see what Victorious does in the space. They are smart in creating a mobile-first experience. I would also be remiss if I didn’t mention one of our clients, Meg DeAngelis, who is growing at a rapid pace, creates amazing content and is going to be making big moves in 2015.

What was the most important trend in the online video industry in 2014?

I would say 2014 was the year of consolidation. We expected this to happen at some point since the space has been expanding rapidly over the last five years. A lot of major players such as DreamWorks Animation and Disney made bets this year, therefore the big MCNs are largely spoken for. Now the industry is looking at niche MCNs like Tastemade (as) the next acquisition targets. 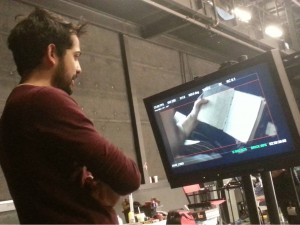 I’ve seen a whole lot more narrative and, especially, dramatic content. There was a lot of comedic narrative content (in the past), but I’ve seen a couple more short films that were doing the dramatic or at least were dramedies. A lot of them were self-financed or financed through something like New Form Digital, where there was basically a stipend for us to get this big idea done.

I think that’s going to become more and more prevalent once YouTube and other platforms are more present on Xbox Ones and PlayStation 4s, and if Apple ever comes out with their TV – because right now it’s kind of difficult with the PlayStation 3 and (similar devices) to search for what you’re looking for online. There isn’t a lean-back experience yet on a lot of these digital platforms, so I think that’s one of the biggest trends — this long-form content that is great for watching on TV. I think that’s going to keep (escalating); bigger and bigger productions, more people with money coming in. If Oprah is making stuff for YouTube, then I think it’s just going to get bigger and bigger.”

In case you missed them, catch up on previous chats in our Look back, look ahead series with StyleHaul’s Mia Goldwyn, Rightster’s Charlie Muirhead and Believe Entertainment’s Dan Goodman and Bill Masterson.