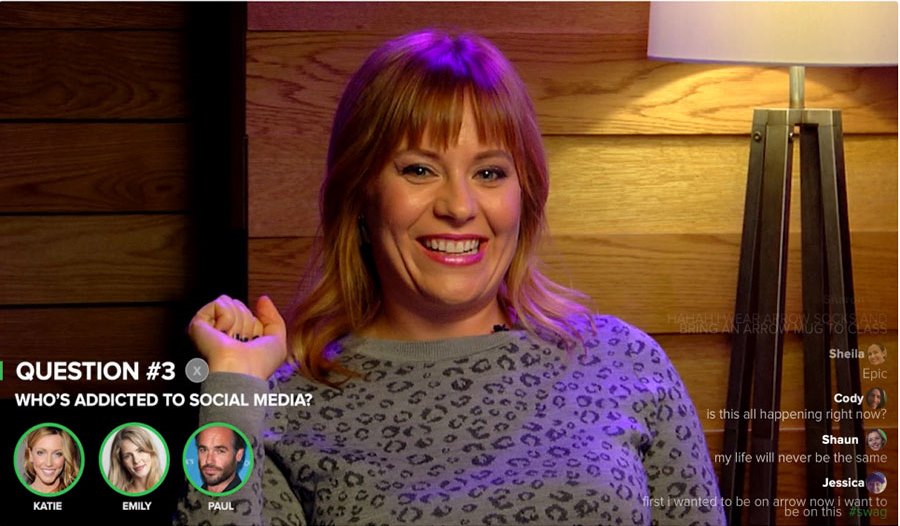 True user interactivity is a Holy Grail in the digital video business that is always just out of reach, never quite fully realized – unless one counts the comments sections of YouTube or the chat feature in Twitch.

Smiletime, a new video storytelling platform launched on Wednesday, aims to correct that.

Co-founded by Alex Kruglov, former head of content acquisition at Hulu, Smiletime plans to partner with content creators and media companies to create shows that enable viewers to join live broadcast events by chatting with actors, writers and other in-studio guests via their computers or mobile device cameras, choose different video feeds, respond to polls and questions, and chat with other viewers.

“Creatively, television is better than it’s ever been before. However, traditional TV experiences often do not allow viewers to fully engage, as multi-tasking with several devices has become the norm,” said Kruglov in a statement. “We are creating a fundamentally different ‘lean in’ mode of communication between broadcaster and consumer that allows viewers to serve as an integral part of the storytelling.” 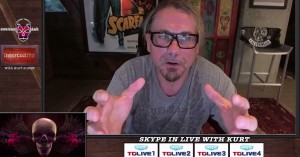 Smiletime’s launch partner is Twin Galaxies Live (TGL), a network focused on streaming and discussing videogame culture and lifestyle. Its programming includes Intercoarse, a weekly show hosted by Kurt Sutter (pictured right), the creator of Sons of Anarchy. Past guests have included Marilyn Manson, Courtney Love and Sons of Anarchy stars Katey Sagal (Sutter’s wife) and Theo Rossi. But the bulk of Twin Galaxies’ programming is gaming shows such as Socialtron Presents: Mineclass and Let’s Play with Jennifer Kairis.