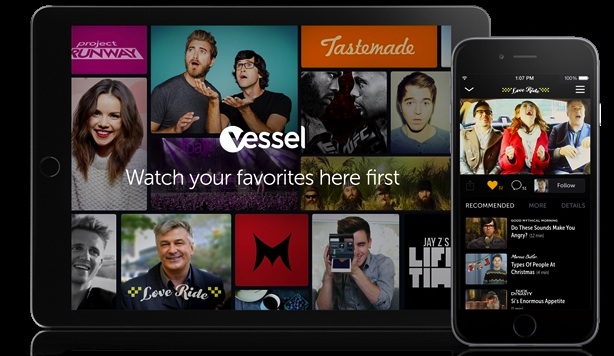 Economics for creators include a 70/30 ad revenue split, and a cut of subscription dollars based on watch time - if they give Vessel a 3-day exclusive.

Former Hulu CEO Jason Kilar says creators will earn $50 for every thousand views for the first 3 days their videos are posted to his new video platform Vessel — as long as they aren’t uploaded anywhere else.

Details about the subscription service, which will cost $2.99 a month, were announced Wednesday. In what Kilar says is an improvement to the monetization models out there, Vessel wants a 72-hour exclusive window, after which creators can post their videos to YouTube. He refers to this as the “early access” deal model.

Creators who sign on to the “early access” terms will receive 70% of the advertising dollars sold against their content. That 70/30 split will continue after the exclusivity is over, but Kilar is estimating the premium ad space sold during that 3-day period (Tuesday to Friday) will generate approximately $50 for every thousand views for the content uploader.

“We already have a large number of top-tier advertisers committed to Vessel’s launch,” Kilar said, in a post.

According to the economics model posted on Kilar’s blog, 60% of subscription revenue generated through the early access period will be divvied up among the creators. Earnings will depend on view time earned: “If a creator’s videos accounted for 5% of all the minutes consumers spent watching subscription content on Vessel, that creator would get 5% of the subscription dollars set aside for creators,” Vessel states on its website.

“After Vessel’s early access period, creators will continue to earn money through distribution of their videos on the free, ad-supported web – on Vessel and anywhere else they choose,” Kilar writes.

The videos will then also be open to all viewers, even if they don’t have a subscription, on Vessel.

The platform is only open to creators as the service attempts to attract YouTubers, Viners, MCNs and producers to post content on the site. A consumer launch is pending.

Partners for the early access subscription offering include multi-channel networks like Machinima, and Tastemade; creators like Shane Dawson and Marcus Butler; as well as media companies A+E Networks and Warner Music Group.

The ad-supported channels will include videos from Funny of Die, Vevo and BuzzFeed.