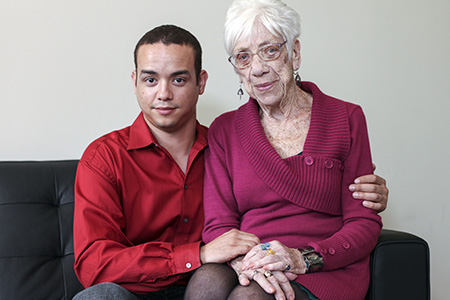 The Barcroft TV production about a 31-year-old man who dates women in their 70s, 80s, and 90s will run as a full-length doc on the U.K. broadcaster.

U.K. broadcaster Channel 5 has commissioned Barcroft Productions to make a documentary examining one man’s obsession with dating much older women.

The 60-minute Grandmother Lover follows a 31-year-old Pittsburgh resident as he dates women twice and almost three times his age – 70 through 91 – and, in particular, 91-year-old great grandmother Marjorie McCool. The film promises to capture not only his desire for elderly romantic partners, but the reaction of his family and friends as well as public opinion regarding his dating preferences.

A shorter YouTube version of the film titled “Cougar Hunter: 31-year-old has 91-year-old Girlfriend” was originally available on Barcroft TV, and the longer Channel 5 version will be aired at a yet-to-be-determined date in 2015.