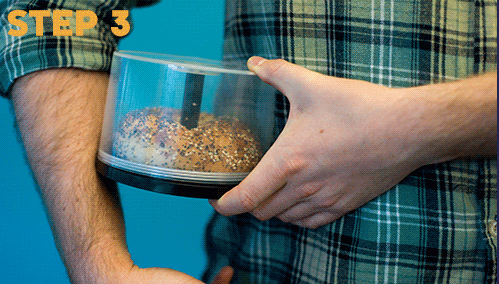 The U.S. cable network wants to source unscripted show ideas from users on the Yahoo-owned social media and microblogging platform.

Winners of the TruTV Tumblr Big Deal Contest will receive development deals with the network, which is in the midst of a rebrand to emphasize lighter, comedic reality fare. The contest is part of a partnership designed to attract the social networking site’s users to TruTV.

“We want to tap into Tumblr’s creative community and turn their ideas into reality,” said president and head of programming Chris Linn in a statement, adding that he is looking for series along the lines of Impractical Jokers , Friends of the People and The Carbonaro Effect. “We’re looking for unscripted series that have likable and authentic people and unique points of view; shows that take us to new and unexpected places; shows that make us laugh.”

Hopefuls must submit a Tumblr URL that includes a 2- to 3-minute video outlining the show concept and format. The site can also be used for mood boards, casting assignments and other elements to round out the pitch.

Submissions will be judged by programming execs who will select two winning entries – one for the linear network and one for the web. Each will be offered a development deal.

Earlier in the year, TruTV teamed up with Yahoo-owned Tumblr to promote the series Hack My Life (pictured in screengrab) that encouraged viewers to post their own life-hack stories. The best stories were then featured on the show.