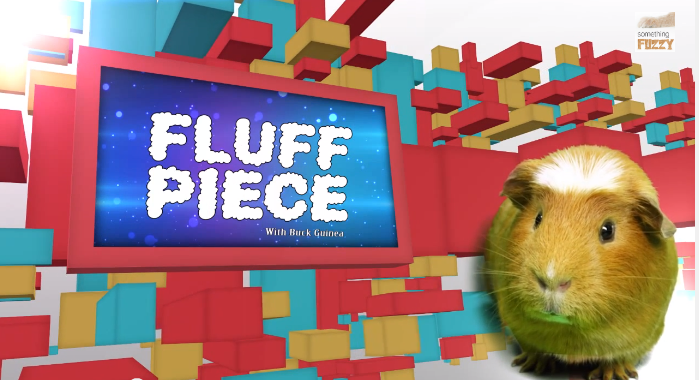 Something Fuzzy this way comes

Programming on this new pet channel from Big Tent Entertainment and Brain Power Studio includes Around the WaterBowl and Tea with the Guineas.

YouTube may not be all about cat videos anymore, but Big Tent Entertainment is betting that felines and other cute, furry critters still have the power to attract on the platform. On Wednesday, the brand licensing and marketing company announced that is has teamed with Brain Power Studio to launch the YouTube channel Something Fuzzy.

The channel will launch with 50 hours of content featuring a variety of puppies, kittens, bunnies, gerbils, mice, ducks, piglets, turtles, fish, chinchillas, hedgehogs, lizards, and parrots. Using library footage and new material from Brain Power, the videos on the channel will take real animals composite them onto animated and photo-realistic backgrounds, with human actors providing their voices.

Big Tent plans to build Something Fuzzy into a multi-dimensional franchise, with a licensing program focusing on apparel, novelty, pet products and social expressions categories.

Film, TV and music distribution company The Orchard has been brought on to build the channel’s viewership and subscriber base.

Founded in 2002, Big Tent Entertainment is a marketing agency specializing in licensing, management and product development for intellectual properties and consumer brands.  Its represents Discovery Kids, The Biggest Loser franchise, the kids cable network Sprout, global personalization brand Pixfusion, and animated characters such as Miffy (in North America) and Domo (worldwide, except for Asia).

Based in Canada, Brain Power Studio is a kids and family media company founded by Beth Stevenson, who was previously a partner and senior executive at Decode Entertainment/DHX Media, where she served as an executive producer. Brain Power Studio currently has series airing on Nickelodeon, Disney Jr, Discovery Latin America and CBC.