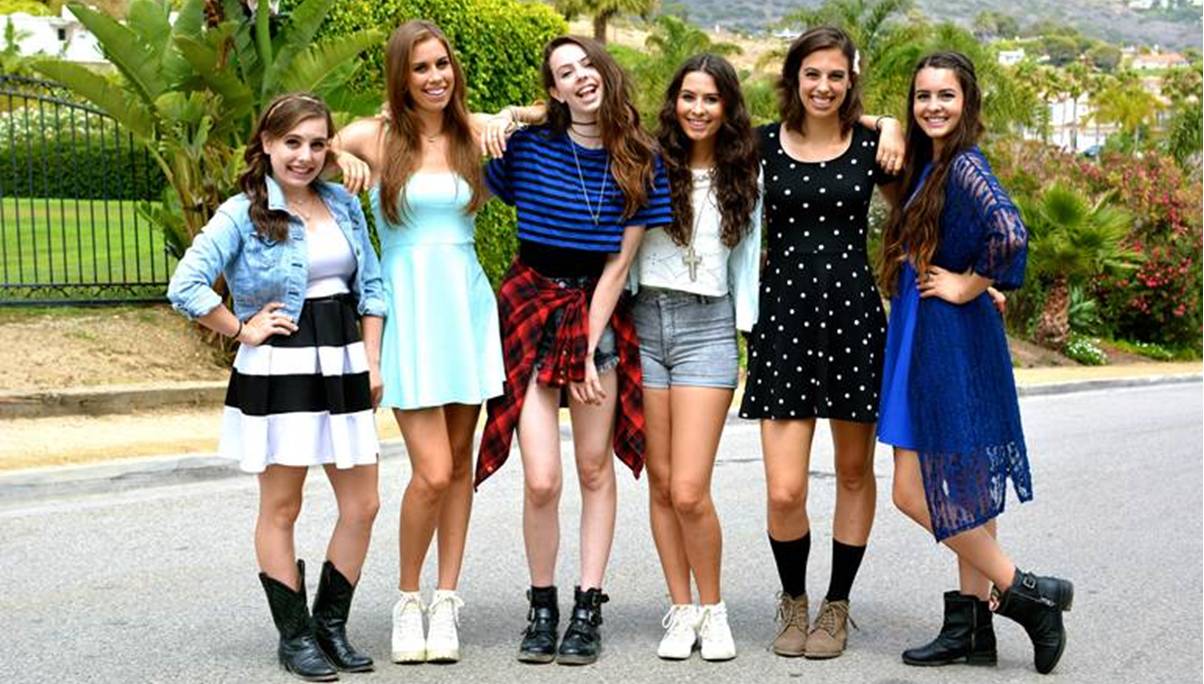 Cimorelli sings its way to multi-platform deal with eOne

Entertainment One (eOne) announced on Tuesday it has signed sibling singing group Cimorelli to a multi-year output deal aimed at creating and distributing original content for TV, film and premium digital platforms.

“In partnering with Cimorelli, we could immediately see their potential to expand beyond the YouTube environment.”

Based in Malibu, Calif., the 6 Cimorelli sisters (Christina, Katherine, Lisa, Amy, Lauren and Dani) range in age from 14 to 24. They are signed to Universal Music’s Island label, but their popularity was born and bred on YouTube, where their channel has 734.8 million views and close to 3 million subscribers.

In the new partnership, eOne plans to leverage global production and distribution networks to grow Cimorelli’s success in traditional media, in both scripted and non-scripted projects.

“We see Cimorelli as much more than YouTube stars: they are tremendous creative talents with a fresh and unique voice,” says Jeff Lynas, SVP of operations and business development for Entertainment One Television. “Their incredible success on YouTube illustrates their mass appeal with hundreds of millions of views around the world. There is extraordinary, palpable passion among their fan base that is akin to the influence of Hollywood stars.”

Cimorelli does a lot more than just sing. On their YouTube channel, the sisters share a wide array of video content, including music videos, vlogs about their day-to-day lives, DIY fashion and makeup tutorials and “behind-the-scene” featurettes about their adventures around the world.

Named the Teen Choice Awards’ Choice Web Star in 2013, the group has recently co-headlined the North American Digifest tour and the Coca Cola Music Experience concert in Madrid. Cimorelli worked with a number of brands, including Hasbro, AT&T, Ugg, The Salvation Army, DreamWorks and Subway, the latter of which sponsored its 6-episode digital series Summer with Cimorelli earlier this year.

Last month, Cimorelli released the EP Christmas Magic, and is currently preparing to embark on a 13-city European tour in March.

Based in Toronto, eOne is a diverse international acquisition, production and distribution business that spans film, television and music. In May 2014, it enhanced its multi-platform capabilities with an equity investment in Canadian agency Secret Location, which creates interactive experiences to launch content through storytelling for brands, advertising agencies, producers and broadcasters.

But the Cimorelli signing marks the first time eOne has entered into a development deal with YouTube stars.

“We plan to grow in this area of the business, but will be selective of the talent with whom we partner,” Lynas tells StreamDaily. “In partnering with Cimorelli, we could immediately see their potential to expand beyond the YouTube environment.”

That doesn’t mean the Cimorelli sisters are giving up the platform that made them. The group will continue to build its YouTube presence and create original, digital episodes with its multi-channel network AwesomenessTV, Lynas says.

The deal was brokered by Jesse Albert for eOne and Tony Novia for Cimorelli, both of whom will serve as executive producers on all projects that fall under the partnership, along with the sister’s mother, Lynne Cimorelli. Albert and Lynas will oversee the relationship for the studio.