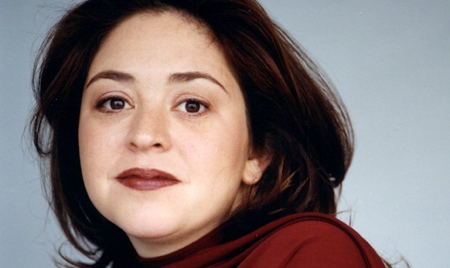 Directed by Liz Garbus (Love, Marilyn), the film about the acclaimed chanteuse will be told through rare footage and audio.

Netflix and RadicalMedia are teaming up with Love, Marilyn director Liz Garbus (pictured) for a documentary on the late, acclaimed chanteuse Nina Simone.

Entitled What Happened, Miss Simone?, the film will premiere internationally next year exclusively on the streaming service. According to a statement, it’s being produced “in cooperation with the Estate of Nina Simone.”

The doc promises to use never-before-heard audio tapes, recorded over the course of three decades, of Nina telling her life story to various interviewers and would-be biographers. From more than 100 hours of these recordings, Garbus’s doc will attempt to weave together Simone’s narrative in her own words.

The film also promises rare concert footage and archival interviews, along with diaries, letters, interviews with Simone’s daughter, Lisa Simone Kelly, and friends and collaborators, along with other exclusive materials.

“Liz Garbus paints a brave and provocative picture of Nina Simone — artist, civil rights activist and heroine — in a film that we’ve loved from day one and are proud to bring to our viewers around the world,” said Lisa Nishimura, Netflix’s VP of original documentary programming, in a statement.

Wilkes (Made in America, Under African Skies) is producing the doc alongside Garbus (Bobby Fischer Against the World, The Farm: Angola, USA), Amy Hobby (Secretary; Love, Marilyn) and Jayson Jackson (Bridge & Tunnel on Broadway).