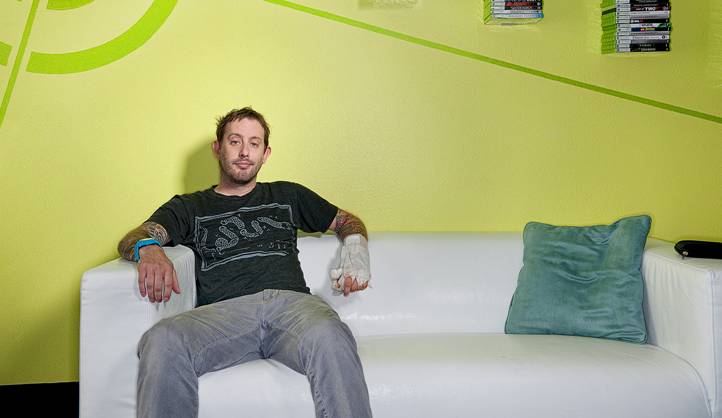 Rooster Teeth‘s new YouTube channel Game Kids, which debuted this week, aims to bring families together around shared video game experiences, and the process starts behind the scenes with the talent in its shows.

“It’s important to us that Game Kids stands on its own. It has a different voice, a different goal, and we need to protect that.”

“Every kid we’ve featured and plan to feature on Game Kids is the child of a Rooster Teeth employee,” says co-founder Geoff Ramsey. “A lot of us in the company are parents, and as our kids are getting older and becoming gamers themselves, they’re looking to consume gaming content, whether it be a Let’s Play or a guide in Peggle. We want to share what we do with them in a family friendly and appropriate way.”

The channel launched on Monday with 6 episodes of 3 shows. Kids Play features Burnie Burns playing Star Control II and FTL games with his sons J.D. and Teddy. Bro Gaming has 25-year-old Rooster Teeth employee Caleb Denecour and his 21-year-old brother Jordan acting out their sibling rivalry in Minecraft and BattleBlock Theater. Sims Sisters has 9-year-old Millie and her 25-year-old nanny Chelsea building a family on Sims 4, occasionally aided by Millie’s parents, Ramsey and his wife Griffon.

Ramsey says it’s possible that there could be “kid only” content at some point, but there are no immediate plans for it.

“I think it’s just necessary to have an adult in the video to kind of steer it and keep everything on track, but having kids in the videos is also important,” he says. “Kids identify with kids, kids relate to kids.”

Ramsey says that, with the channel still in its infancy and no moves yet to integrate brand sponsors, the company doesn’t plan to do much in the way of cross-promoting other Rooster Teeth channels.

“It’s important to us that Game Kids stands on its own,” Ramsey says. “It has a different voice, a different goal, and we need to protect that.”