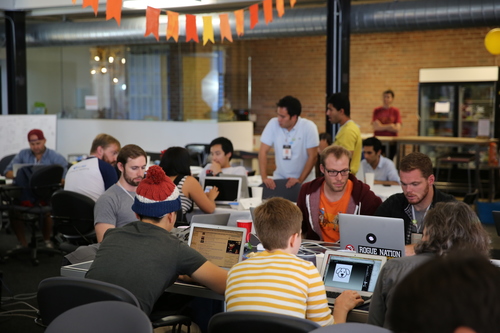 Felicia Day gets into app action at YouTube Space LA

YouTube stars are all about diversification, from brand endorsements and clothing lines to book, film and TV deals, so it’s no surprise to see Felicia Day and Rhett & Link getting into the action at Comedy Hack Day at YouTube Space LA from Dec. 5 to 7.

The digital stars will be part of the judging panel at the 3-day event, where 20 teams of comedians and developers come up with new apps in a creative pressure cooker. The teams will spend the first 24 hours building a project, then demo what they’ve made for the other participants on Saturday night during the semifinals. On Sunday night, the finalists will demo their creations for the judges.

Comedy Hack Day was founded in 2012 by Cultivated Wit, a San Francisco-based company that has created digital media campaigns for companies ranging from Comedy Central to GE. There have been 5 previous Comedy Hack Days, 2 each in San Francisco and New York, and 1 in Cambridge, Mass.