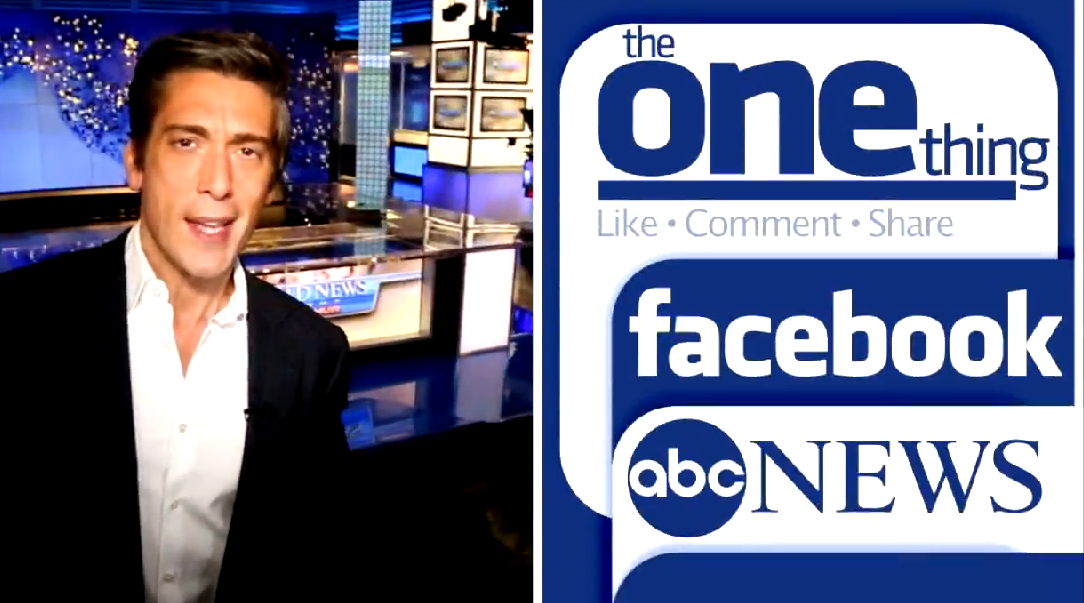 Hosted by World News Tonight anchor, the program's first installment racked up more that 101K views in less than a day.

Titled Facecast: The One Thing, it is a daily 1-minute news update rounding up of the day’s top stories and trending topics, featuring video, photographs and infographics, shot behind the scenes at ABC News headquarters in New York City. Its first installment racked up more than 101K views in less than a day.

“Video on Facebook is growing fast and it’s exciting to see ABC and David Muir create unique content for this platform,” said Andy Mitchell, Facebook’s director of news and global media partnerships, in a statement.

Facecast: The One Thing is available on the World News Tonight Facebook page.

Image: screengrab from Facecast: The One Thing.