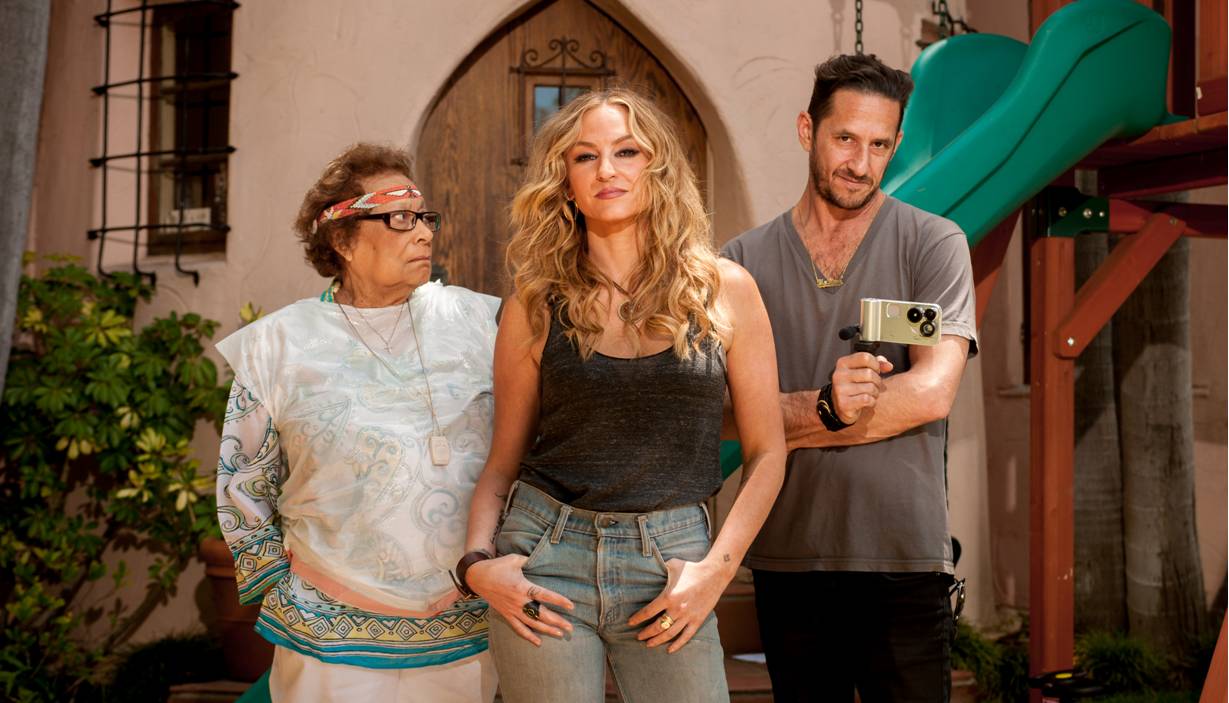 Emmy winner Drea de Matteo says she didn't know what she was getting into when she signed on to do a digital reality series for Endemol Beyond USA.

Drea de Matteo admits her move into the digital video space with her new Endemol Beyond USA reality series The #Muthaship, debuting on Monday, is not the product of a well-thought-out, forward-thinking career strategy.

“When we first started shooting, we just let the camera run all day and night.”

“I don’t understand what the internet is that much or social media,” says the 42-year-old actress, who won an Emmy for her role as Adriana in The Sopranos and was most recently seen on FX’s Sons of Anarchy. “To me doing it on the web, it’s like, ‘Nobody will see it. It’s fine.’ Maybe I’m an old lady, and they tricked me,” she laughs, “but I guess that was my thinking.”

That perceived lack of visibility was appealing to de Matteo, who had sworn she would never do a reality TV show. But money was running low, she needed to get her garage fixed and when her childhood friend, director Carter B. Smith (pictured, right), suggested she team with another old pal, Endemol Beyond USA president Will Keenan, whom she’s known since the mid ’90s, she figured, why the hell not?

“I guess at this stage in my life, I don’t take my life as seriously or my career, and I’m not that precious about the kind of light that I’m seen in,” says the Queens, New York  native. “I don’t hate myself, so I don’t mind.”

When it comes to the question of whether or not she’s getting share of the revenue from the series, de Matteo claims ignorance.

“I don’t know if I’m making money off of anything, if that’s the question you’re asking,” de Matteo says. “I’m not really business-oriented, which is why I needed to take this thing for the initial check, because we were so broke over here,” she laughs.

The #Muthaship gives viewers a behind-the-scenes look at de Matteo’s life as a working single mother of 2 children — 7-year-old daughter Bama and 3-year-old son Blackjack — from her relationship with her ex-fiancé, musician Shooter Jennings (son of the late outlaw country legend Waylon Jennings). The cast of characters also includes her musician boyfriend (Michael), her childhood nanny Munkey (pictured, left) and Chela, one of her best friends.

The intimacy of the show is heightened by the fact that it was shot entirely on an iPhone by Smith, whom de Matteo has known since they were in the 9th grade.

“Carter is definitely a part of our family,” de Matteo says. “When we first started (shooting), he was living in my house. That’s how the whole thing started. It was, ‘How can we get you to stay out here? Okay, we’ll shoot this show. That will keep you in L.A. for a little while. Yeah, you can fly your girlfriend out and now we can all be together.’ Because my family is kinda like this vortex — people just sort of wander in and out of my life all the time.”

That casual wandering quality rubbed off on The #Muthaship a little too much at first.

“When we first started shooting, we just let the camera run all day and night,” de Matteo says. “We just went for it, and then we realized that maybe we need to just at least mic ourselves.”

As shooting progressed, they also added a bit of plot to the proceedings, such as an episode where de Matteo learns to drive.

When the show was in production, de Matteo couldn’t wait for it to be over. But now that it is, she says she wouldn’t mind doing a second season.

“I miss the crew. I miss Carter being here,” she says. “Now, we’re like, ‘How are we going to get you back out here? Is someone going to pick this thing up?'”

In the meantime, she’s set to co-star as the mentor of Vanessa del Rio in a biopic about the now-retired adult film actress, set to begin shooting in February.

Original episodes of The #Muthaship will post every Monday at youtube.com/BeyondRealityUSA.