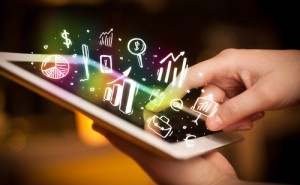 $600K up for grabs in Canada-Belgium co-production program

Find out who's eligible for the initiative, which will provide financial support for the development and production of multi-platform projects.

The Canada Media Fund has pacted with Wallimage, a public financing arm of the audiovisual sector of Belgium’s Wallonia region, to create a financial incentive program to encourage digital media co-productions between Canadian and Belgian companies.

Going forward, Clermont said the CMF is focusing on forming more partnerships in the Latin American and European markets.

The $600,000 Canada-Wallonia Digital Media Incentive for Multiplatform Projects will provide up to $100,000 toward development and $500,000 toward the production of digital media co-productions between Canada and Belgium. Each funding body has contributed $300,000 to create the fund.

To be eligible, the digital media projects must be co-productions between Belgium and Canada. The money invested by Wallimage must be spent in the Wallonia region by the Belgium producer. The Canadian producer must spend 75% of their expenses in Canada. The remaining 25% can be spent in any other country.

Projects that have a third-party co-producer are also eligible for the new incentive, but the Canadian and Belgian producers must still have significant ownership and control of the project. The financing comes in the form of a non-repaybale contribution in investment and a recoupable investment in production.

The CMF will connect Canadian producers interested in the program to eligible Belgian production companies, said Nathalie Clermont, director of program management with the CMF. This latest partnership follows a number of deals the CMF has struck with foreign countries throughout the past year, including a digital media funding partnership with New Zealand’s NZ On Air and a TV development financing partnership with RioFilme, a Brazilian media investment agency tied to the city of Rio de Janeiro.

Going forward, Clermont said the CMF is focusing on forming more partnerships in the Latin American and European markets. The CMF is currently working with Cine-Regio, a network of 43 regional film funds in Europe, to find more program partners in Europe.

The Canada-Wallonia Digital Media Incentive for Multiplatform Projects is currently accepting applications with the closing date set for Feb. 2, 2015. A panel including representatives from the CMD, Wallimage and an industry expert will select which programs will receive funding.