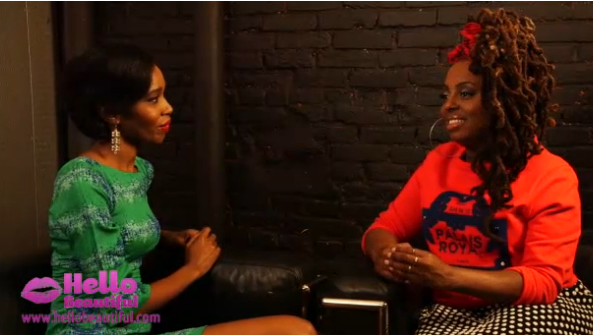 Digital company Interactive One, which targets black and Latino audiences with its news and lifestyle media platforms, has partnered with a few major brands for its quarterly music special, HelloBeautiful Interludes Live.

On Saturday, returning sponsor Comcast Xfinity will stream the full program — featuring jazz singer Ledisi (pictured right in screengrab) — on its CelebrateBlackTV.com platform. In addition, the episode will be available on VOD for Xfinity cable customers for 30 days after the premiere.

McDonald’s is also a returning sponsor, while Toyota is a new partner. HelloBeautiful Interludes Live premiered online in 2013, and has since become a cross-platform original programming collaboration between TV One and Interactive One, with new episodes premiering quarterly on both TV and at HelloBeautiful.com.

Three short-form webisodes are being produced for each sponsor, featuring performances, interviews and other footage exclusive to each brand.

“Our HelloBeautiful Interludes Live franchise continues to grow, attracting red-hot artists and blue chip brands seeking to connect with black consumers through the power of music and conversation,” said Interactive One chief content officer Smokey Fontaine in a statement.

Hosted and produced by Fontaine for Interactive One, HelloBeautiful Interludes Live: Ledisi features songs from the 8-time Grammy-nominated singer’s recent album, “The Truth.” The performance was filmed in October at the Theatre of Living Arts in Philadelphia, PA.