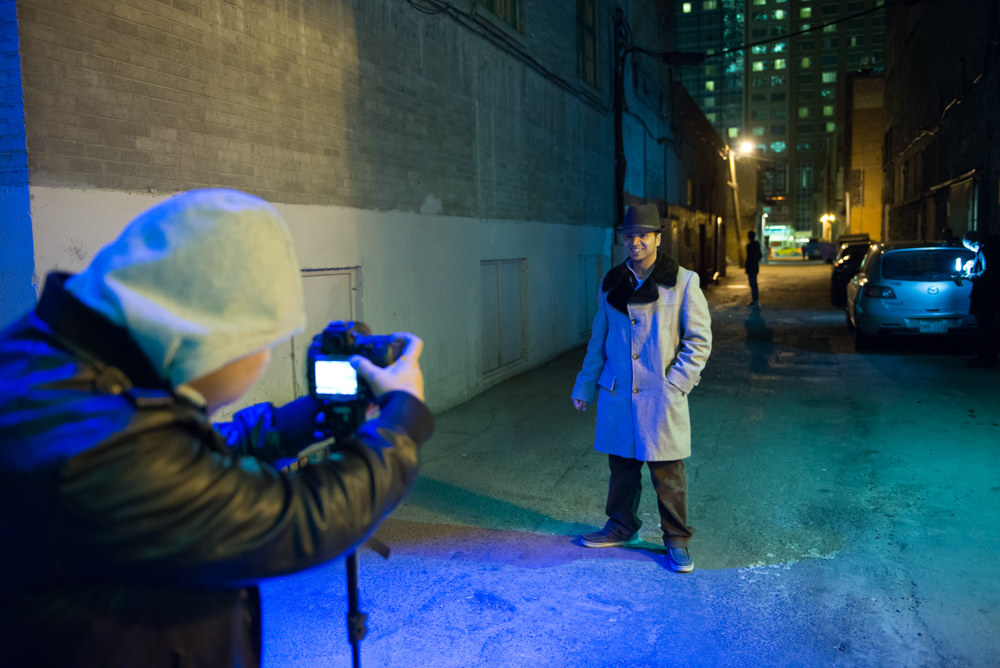 The art of discoverability

Producer/director Vincent Joachim wants to enhance audience potential for his web series AN.X.O by launching a comic book series alongside it.

If a web series falls in the (YouTube) forest and no one is around the watch it, does it make a sound?

It’s a very real question faced by content creators all over the world, but one especially relevant to scripted web series. To make a splash, you have to stand out.

Artist and filmmaker Vincent Joachim is headed into production of his first scripted web series with that knowledge fully in hand, and has baked discoverability into the creation and marketing plans for his upcoming sci-fi web series, AN.X.O.

Currently, Joachim and his team have a $20,000 budget for the pilot episode of AN.X.O., which follows the stories of guardian angels who fight off evil using kung fu. To save on expensive production costs while still expanding upon storylines and character development, Joachim will launch a series of digital comics at the same time to complement the web series. 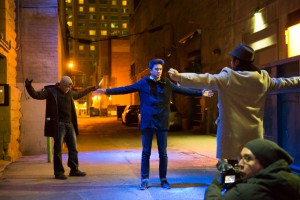 “With a comic book series, they can watch the web series and come back to the comic book for even a longer storyline, or more in-depth scenes that weren’t shown in the web series,” Joachim said.

Production on the pilot episode for the series is slated to start at the end of the month in Calgary. While only the pilot is scheduled for production at this point, Joachim plans to include 6 episodes (7 to 10 minutes each) in the series. The pilot will be released on YouTube next spring, with one episode uploaded weekly over 6 weeks leading up to the launch of the complementary comic book series in the fall of next year.

The accompanying comic book series by the same name will be available on an Android and iOS app, Joachim said. The first 3 AN.X.O comic books will be free, Joachim said, after which users will have to pay a fee to access the issues. The subscription fee will be from 99 cents to $5 an issue.

Joachim plans to roll out other comic book series on the app that are independent from the AN.X.O property, including 2 series titled West Star, by EJ Negre (who is also authoring the AN.X.O comic series), and Swiss Guard, by Raymond Joachim. The budget for the transmedia elements is also about $20,000, Joachim said. Thus far, all of the financing for the project has come from private investors.

To help support the production of the remaining episodes of the web series, AN.X.O is vying for financing through the Telus Storyhive grant competition. In the competition, content creators pitch their projects on an online platform where community members vote for their top picks. The winners are awarded production funding and distribution on Optik TV. Creators from Vancouver, Edmonton, Calgary and Victoria are eligible to compete in the latest round of the Storyhive competition, which is focused on web series.

In the first phase of the competition, the top 15 projects from Alberta and British Columbia will receive $10,000 grants to support a web series pilot. If AN.X.O is selected, the funding will go towards post-production and marketing for the pilot episode, Joachim said. The projects selected in the first phase then go on to compete for one $50,000 grant to complete the full first season of the series.