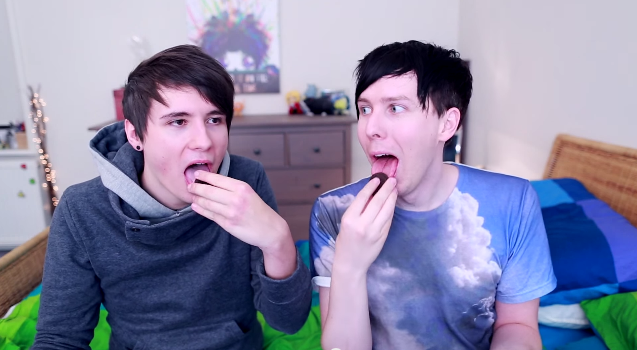 An Oreo campaign featuring YouTubers did not clearly indicate that the videos were paid for, the U.K. Advertising Standards Authority says.

After a complaint about a video in which YouTubers were paid to promote Oreo cookies, a U.K. advertising regulator has indicated its branded content rules are black and white.

According to a ruling delivered Wednesday by the U.K. Advertising Standards Authority (ASA), vloggers must make it clear when they are being paid by brands to promote their content before the viewer watches the clip. By not doing so, a series of “Lick Race” videos promoting the biscuits violated the Committee of Advertising Practice’s rules around advertising disclosure, the ASA found.

“Given that these ads were on online video channels that were usually editorial based, the commercial intent would have needed to be made clear before viewers engaged with the content.”

In an emailed statement to StreamDaily, global confectionery giant Mondelez International said it’s not happy with the ruling, but will abide by the rules in future campaigns with YouTubers.

“Because we are committed to truthful, responsible and clear marketing we’re disappointed by the recent ASA ruling on the Oreo vlogger videos. However, we accept the ASA ruling and will ensure the adverts will not appear in their current format again.”

This is one of the 5 videos in question, posted this past June on the AmazingPhil YouTube channel: A lighthearted clip in which YouTubers Phil Lester and Dan Howell engage in a “lick race” to see who can finish the icing first.

“Make sure you check out the Oreo site in the description as they’ve asked some other YouTubers to take part,” Lester says at the video’s 4-minute mark. Text accompanying that video, as well as others in the campaign (posted on DarkSquidge, Emma Blackery, TomSka and KickThePj YouTube channels), states, “Thanks to Oreo for making this video possible.”

But the ad standards body felt this statement did not make it clear enough to consumers that this was, in essence, a paid advertisement.

“Given that these ads were on online video channels that were usually editorial based, the commercial intent would have needed to be made clear before viewers engaged with the content,” the ruling states. “The fact that they would only be heard at the end of the videos or seen after consumer interaction with the video description meant that they would have been insufficient to render the ads obviously identifiable as marketing communications.”

Mondelez frequently works with MCNs and YouTubers on its campaigns. In a deal with Google, the candy maker recently committed to moving 10% of its ad budget to online video.