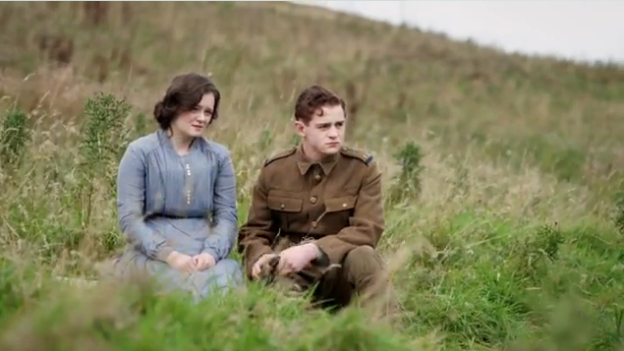 Footballers United is a transmedia project telling the story of a Scottish football team affected by the First World War.

The BBC launched an interactive drama called Footballers United on Thursday as part of its season dedicated to commemorating the First World War centenary through storytelling.

Footballers United combines fictional and archived content to tell the true story of Scotland’s Heart of Midlothian football team and its experiences from 1914 to 1919.

Produced and commissioned by BBC Learning in collaboration with Somethin’ Else, the series will stream at FootballersUnited.co.uk. The story, which follows both men and women affected by the war, will unfold in 5 chapters that consist of video, audio, image and text. The overall experience runs about an hour. Archived content is presented by Gemma Fay, captain and goalkeeper of the Scottish national women’s football team.

The project weaves separate pieces with an interactive timeline, archived photos and videos, and the drama. The audience can sign in via Facebook to access social media graphs and tools that show how many of their modern-day friends would have lost lives had they been in a particular battle at the time.

“This interactive drama blends high quality video with archived content in a way we’ve never done before; which not only gives the story depth but brings an important topic like WWI to a new and contemporary audience,” says Sinead Rocks, head of BBC Learning, in a statement.

Footballers United is written and directed by Alex Winckler (My Mad Fat Diary).