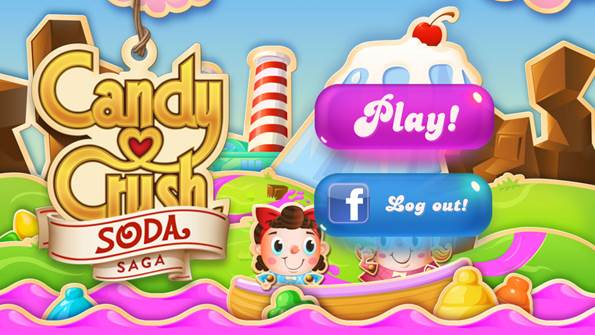 King Digital Entertainment, the maker of the Candy Crush game, is impressed with the results of a 1-day Facebook video campaign promoting last week’s launch of its “Soda Saga” installment.

Produced by Facebook’s Creative Shop team, a marketing department that works with advertisers to roll out content across the social media platform with a particular focus on mobile reach, the campaign reached 100 million people.

According to internal stats from Facebook and King, 70% of those 100 million views came from a mobile device.

“King wanted to benefit from Facebook’s new premium video product that allows advertisers to target video campaigns on Facebook to a very large amount of people in different countries at the same time. This product gives the advertiser the ability to showcase great video content especially on mobile,” said Susannah Clark, VP of global communications at King, via email.

The creative was culled from a broader advertising campaign developed by King and its creative agency WCRS, and the planning took a few months, Clark explains.

Facebook has been pushing its video product to both advertisers and publishers throughout the year.

According to Sandvine, a company that measures broadband internet traffic, Facebook is making gains on YouTube and Netflix when it comes to downstream traffic thanks to the implementation of these video autoplay features. Its figures give a third-party assessment of the popularity of video on the social media platform: Taking a sample from 2 U.S. internet networks, one fixed and one mobile, in the past year Facebook traffic increased by 60% on the mobile network and by over 200% on the fixed network.

According to the “Global Internet Phenomena Report,” published last week, it’s unclear how fast autoplay is rolling out around the world to target Facebook users, but it’s a trend to keep an eye out for over the coming year.