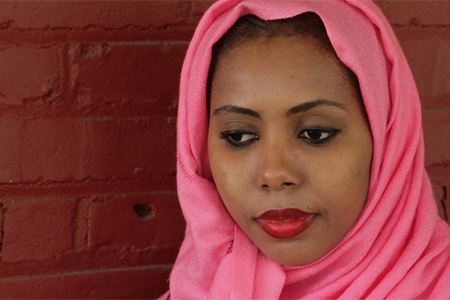 The U.K. newspaper presented a project about female genital mutilation at an Amsterdam film fest as its focus on documentary programming grows.

As part of a drive into “more serious long- and short-form” documentaries, U.K. newspaper The Guardian is to examine the practice of female genital mutilation (FGM) in feature doc The Imam’s Daughter.

O’Kane said the film — which began shooting this past May — is part of The Guardian’s global media campaign around FGM and represents an increased push into more feature-length and short-form doc content by Guardian Docs, which was previously called Guardian Films.

The outlet, which is growing its video team, appointed former Sheffield Doc/Fest deputy director Charlie Phillips as head of documentaries in September. Though the exec did not commission The Imam’s Daughter, O’Kane says Phillips is presently at IDFA with a focus on short-form acquisitions.

The project centers on 24-year-old FGM survivor Jaha Dukureh (pictured above) and her goal of raising awareness about the cultural practice, which is common in her home country of Gambia. Dukureh, who was subjected to FGM as a baby, was wed to a 45-year-old man at the age of 15 and brought to the U.S., where she needed to undergo painful surgery to reopen her vagina and consummate the marriage.

Though she later remarried and relocated to Atlanta, Dukureh has begun campaigning to put FGM on the radar in the U.S. — where the Obama administration has taken action as a result of her petition — and to end the practice in Gambia, where it is estimated that as high a percentage as 80% of women are cut.