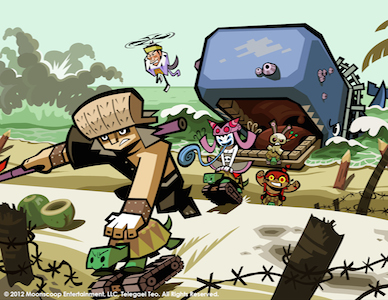 The reach of L.A.-based Splash Entertainment's free VOD network now extends to more than 50 million homes in the U.S.

Kabillion has inked a deal with Cablevision’s Optimum TV that expands the reach of L.A.-based Splash Entertainment’s free VOD network to more than 50 million homes in the U.S..

The new agreement with the U.S. cable net follows deals with new partners including FullBottle, VHX and Clokey Productions (Gumby).

Kabillion’s audience has now increased threefold since the service launched in 2007 with a reach of 15 million homes.

The network’s audience for the Kabillion YouTube channel is also expected to grow, thanks to another recent deal with U.K.-based MCN Base79.

Kabillion ranks among the top-10 free VOD TV networks for kids in the U.S., and features hit animated shows such as Chloe’s Closet, Hero 108 and Sabrina, Secrets of a Teenage Witch.