Content chief Mia Goldwyn tells StreamDaily how she will work with Steve Moskovitz on upcoming projects. 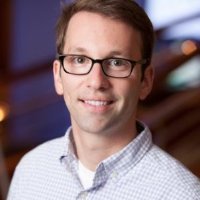 StyleHaul is serious about investing in talent.

Hiring Steve Moskovitz as VP of audience development earlier this month only proves how committed the MCN is to helping creators grow their brand, says chief content officer Mia Goldwyn.

Moskovitz comes to StyleHaul from video analytics platform VidIQ where he was director of sales and strategy. Before that he worked at Wildfire, a social media marketing software that’s a division of Google.

“Bringing Steve and his expertise in the area is only going to amplify our efforts in terms of helping (talent) grow their channel; helping and working with brands to deliver data and analytics; and he’s going to be working with me when we launch content on optimizing the release strategy,” Goldwyn tells StreamDaily.

And that programming slate is getting more robust by the day.

On Tuesday Oxygen, a U.S. network that targets millennials, announced it’s working on a doc series that will feature StyleHaul’s fashion and beauty vloggers. The show is produced by Trium Entertainment and Lentos Brand with Mark Koops, Eric Day, Ronak Kordestani and Stephen Lentini serving as executive producers.

“StyleHaul’s role is to work with the talent and to help develop ideas based on our knowledge of the talent and of the space,” Goldwyn says. The idea for the show, which is tentatively called Survival of The Clickiest, was pitched to Oxygen by StyleHaul in partnership with Trium, which has also produced AOL’s Making a Scene with James Franco and TLC’s Something Borrowed, Something New.

This is not the first multi-platform project Goldwyn has helped spearhead since coming on board in April. This summer Lisa Kudrow’s digital series Web Therapy moved to StyleHaul for its fifth season, with a guest appearance by YouTuber Caspar Lee in one of the episodes.

Goldwyn says multi-platform projects are a way to tap into audiences who consume content across different mediums, but they also gives their talent an opportunity to be discovered outside of YouTube.

“YouTube is always going to be our primary distribution focus, that’s where we have scale and that’s where our talent is. But I think we’re really trying to test out the model of using YouTube as a launching pad for the IP and transitioning it to network television, or ancillary, or international,” says Goldwyn.

While Goldwyn’s initial goal for the upcoming year was for StyleHaul to develop 2 scripted series and 2 to 3 talent-driven series, plans are up in the air now that RTL Group has bought a controlling stake in the network. The European media company brings with it additional opportunities for localized content in the European market and strengthens StyleHaul’s development relationship with FremantleMedia.

“We have a lot of flexibility in terms of the content that we’re going to produce and distribute, as well as the distribution means,” she says. “Being owned by RTL gives us an amazing footprint globally through the massive network of broadcasting television stations and production companies that they own. And I think having the strategic partnerships with Fremantle has been a great resource for us, and we want to continue to work with them to co-develop shows together.”

Featured image: Alfie Deyes and Jim Chapman in The Crew/Courtesy of StyleHaul