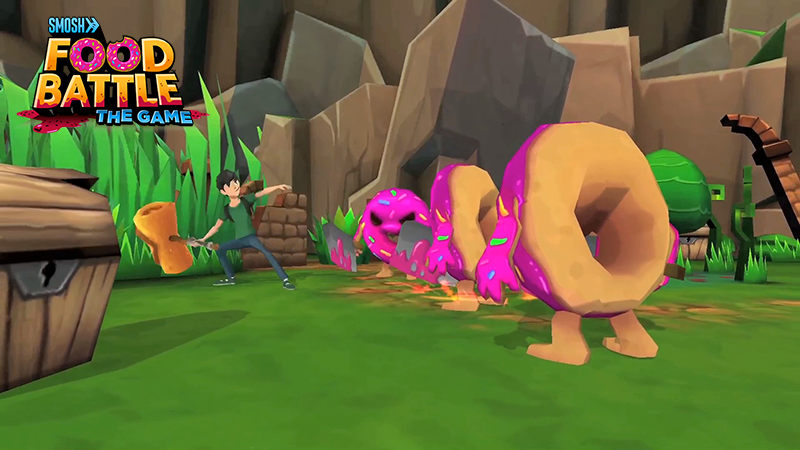 Partially funded via Indiegogo, the YouTube duo's free-to-play game inspired by a video series is being served up on iOS and Android platforms.

The YouTube comedy duo Smosh announced on Wednesday that its first foray into videogames, Food Battle: The Game, is now available on mobile for free download.

Created with game developers Roadhouse Interactive, the play-for-free title was inspired by Smosh’s annual Food Battle video series, which is currently in its ninth consecutive year and has received more than 100 million views to date.

Smosh co-founders Anthony Padilla and Ian Hecox partially funded the game through an Indiegogo campaign that raised $258,517 last year. The action adventure game puts players in Anthony’s virtual shoes in a quest to defend the village of Tickputt against invading donut minions with food-based weapons such as a “celery sword,” “burrito bomb” and “egg roll hammer.” It’s available on iOS and Android devices.