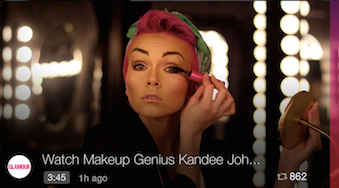 Funny or Die's Mitch Galbraith says its content partnership with Milk Video came about like most good deals - over drinks and casual conversation.

Samsung launched a mobile video service Wednesday and with it a commitment to deliver exclusive, original programming to its audience of Galaxy smartphone owners.

The electronics company unveiled Milk Video with 17 content partners including DanceOn, Maker Studios, Condé Nast and Tastemade. Users can search for popular clips by category or follow people whose actions then show up in their feed. 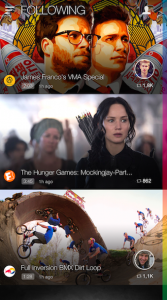 Funny or Die is making 2 original series that will stream exclusively on Milk Video — The Q, about 2 guys who get thrown into quarantine together, and Dumb Gentleman’s Handbook.

Mitch Galbraith, COO and president of digital at Funny or Die, says more Milk Video originals are in the works, adding that “partnership” best describes the relationship with Samsung.

“We’re licensing some of FOD’s best library (titles) and new content to Samsung and also collaborating on new, original, exclusive-to-Milk productions,” he tells StreamDaily via email.

“Like most good deals it started over drinks and casual conversation. There was an immediate connection between the two companies because we share a strong interest in providing users premium content optimized for consumption on mobile devices,” he explains about how the relationship came about.

Launching in January is another original Milk Video series from Red Bull Media House that will give the platform’s users exclusive clips of snowboarding, freestyle motocross, mountain biking and other sports. Vice will also deliver a weekly show starting next year, and Fandango is powering a movie trailers channel.

In charge of curating entertainment on the platform is Kevin Swint, VP of content and services at Samsung MSCA, who previously worked at Apple as the director of iTunes where he launched the movies store globally.

We first reported about Samsung’s streaming video plans back in February after examining the electronic giant’s trademark applications for various versions of “Milk Music.” The internet radio service was launched in March.