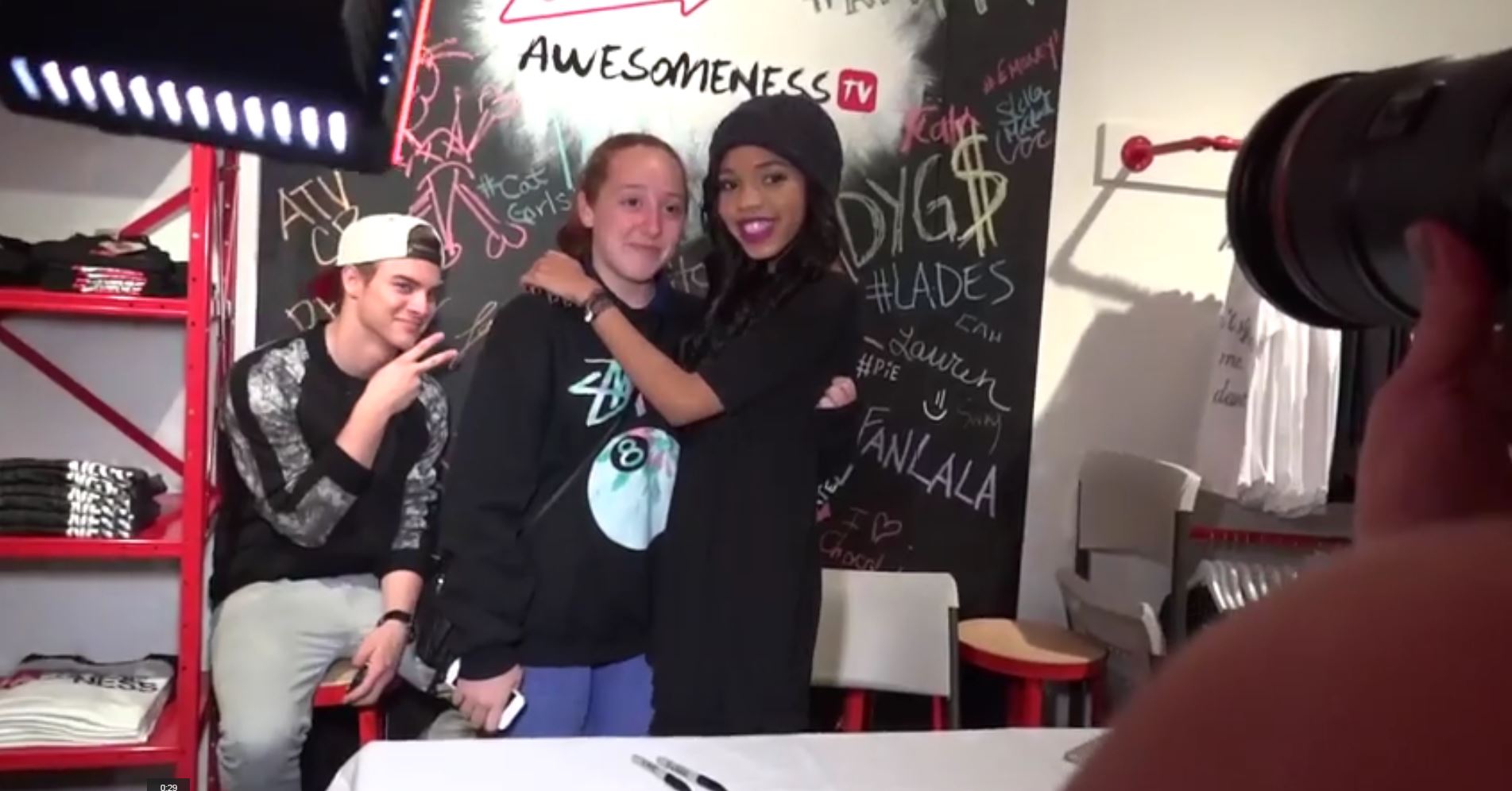 YouTubers bring their fashion to fans

Teala Dunn and Sawyer Hartman explain the inspiration and strategy behind their clothing lines at the opening of AwesomenessTV's first retail outlet.

Multimedia production company AwesomenessTV took the next logical step in its push into the retail space on Thursday, opening a pop-up store in Los Angeles’ Fairfax District. Scene@AwesomenessTV showcases its line of So Rad clothes, along with fashions designed by members of the MCN’s stable of YouTube stars, including Teala Dunn, Sawyer Hartman and Meg DeAngelis.

In the video posted above, StreamDaily explores the inspiration and strategy behind the clothing and the store with Dunn and Hartman, along with AwesomenessTV co-founder Joe Davola and AwesomenessTV global head of consumer products and retail Jim Fielding.

Scene@AwesomenessTV will be open through Dec. 31 at 428 N. Fairfax Ave. in Los Angeles.

In addition to discussing AwesomenessTV’s retail strategy, Davola gave an explanation why Larry David named the Seinfeld character Crazy Joe Davola after him, which can be seen in this video.