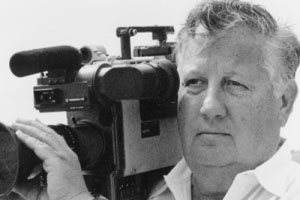 Streaming video service SundanceNow Doc Club is to offer a collection of 10 films from Drew Associates, the doc organization founded by the late Robert Drew (pictured).

The films cover topics ranging from capital punishment and the war in Vietnam, to actor Jane Fonda and racing driver Eddie Sachs.

Each was made under the Drew Associates banner, representing an ensemble that — in addition to Drew — featured contributions from notables such as DA Pennebaker, Richard Leacock, David Maysles and Al Maysles. Several of the titles have never before been available on DVD or via online streaming, according to SundanceNow Doc Club.

Thom Powers, the stream service’s curator, said: “For decades, it’s been difficult for audiences to see these films. It’s a cause for celebration that they’re finally being made available.”

The news comes after Drew passed away in July this year at the age of 90.

The acquisition of the Drew Associates titles marks the second major coup in recent months for the SundanceNow Doc Club, coming after Powers and his team last month secured the VOD rights for Claude Lanzmann’s nine-and-a-half-hour Holocaust epic Shoah.

As with several of the Drew Associates titles, the Doc Club states that the acquisition of Shoah is believed to be the first time the film has been licensed to a commercial VOD service.