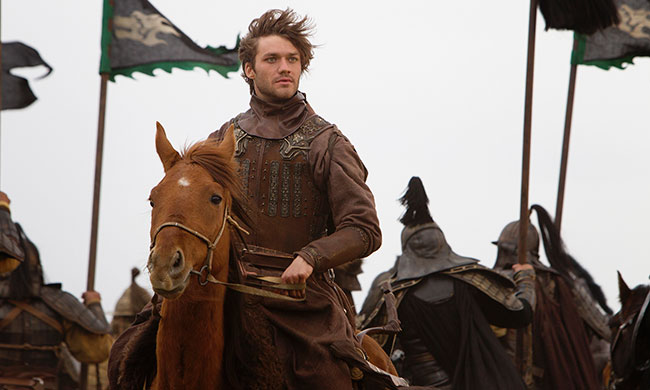 Netflix is going Down Under – will it “galvanize” the competition?

The streaming service will bow in Australia and New Zealand in March, following up on promises of a sizeable expansion in 2015.

Following up on promises to expand aggressively in international markets next year, Netflix announced on Tuesday that it will launch in Australia and New Zealand this coming March.

The addition will bring the number of countries and territories where Netflix is available to more than 50. The content available in each territory varies, depending on the rights secured for each piece of content. For instance, in France, Canal+ owns the rights to House of Cards, which is produced by Media Rights Capital, not Netflix.

“We definitely galvanize local competition when we enter the market. We see that over and over and over again with Sky in Europe, with other incumbent players, whether it’s Vivendi or others,” Wells said at the RBC Capital Markets 2014 Technology, Internet, Media and Telecommunications Conference earlier this month.

A lot of Australians already have Netflix through virtual private network (VPN) services, but when asked by StreamDaily if the amount is known, a Netfix rep said they don’t “comment on rumors or speculation.” During a testimony in Canada, Netflix’s director of public policy said using false IP addresses is a violation of its terms of use and it’s not the only company that has to figure out how to deal with the issue. Concerns over the issue in Australia prompted Stephen Langsford, the CEO of Australian SVOD service Quickflix, to write an open letter to Netflix CEO Reed Hastings accusing him of ignoring “back-door access.”

At launch, programming available on Netflix in Australia and New Zealand (Netflix ANZ) will include original series such as Marco Polo (pictured), BoJack Horseman and DreamWorks Animation’s All Hail King Julien, along with numerous other children’s titles. It will also carry the documentaries Virunga and Mission Blue, and stand-up comedy specials such as Chelsea Handler: Uganda Be Kidding Me Live and Jim Jefferies’ Bare.

Securing exclusive content rights and international expansion are priorities for Netflix, and both are expensive.

Not all global markets have been fantastically successful from the get-go, Wells recognized.

“Latin America continues to be a very good market for us, and we think we’ve got a lot of tailwind of growth there. We were probably a bit naïve going into the market thinking…we (were) going to grow out of the gate a little faster than we did,” he said.

Photo by Phil Bray for Netflix