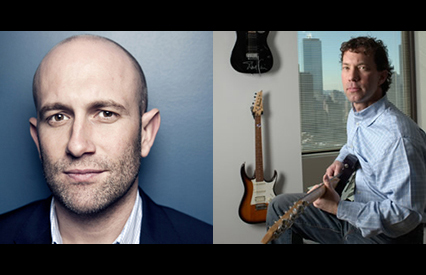 Vevo is looking for a new CEO

Rio Caraeff will leave at the end of the year, and an interim CEO has been named.

Vevo confirmed on Monday that president and CEO Rio Caraeff (pictured left) will leave the company at the end of the year.

An executive search firm has been hired to look for his replacement, according to a statement issued by the music video company’s ownership group, which includes Universal Music Group, Sony Music Entertainment, Abu Dhabi Media Company and Google.

Caraeff has been with the company since 2009. In a memo to staff when the news of his departure broke this weekend in the New York Post, the former Sony Pictures Entertainment and Universal Music Group exec said he’s most proud of working with the Vevo tech team to launch music apps for mobile and set-top TV boxes.

“Our Apple TV app is still my personal favorite to use but what makes that one even more rewarding is knowing the back story of just how hard that we worked on it and how long it took just to get that deal done and that app launched (years!),” he wrote in the memo, published by Re/Code.

A reason for the departure was not given, with a statement saying Caraeff is leaving to pursue other opportunities. “The timing is right for our board to identify my successor,” Caraeff said in the release.

Vevo has generated hundreds of millions of dollars in revenue and invested more than half a billion dollars in music video programming through royalties paid to rights owners, artists and songwriters, according to the company.