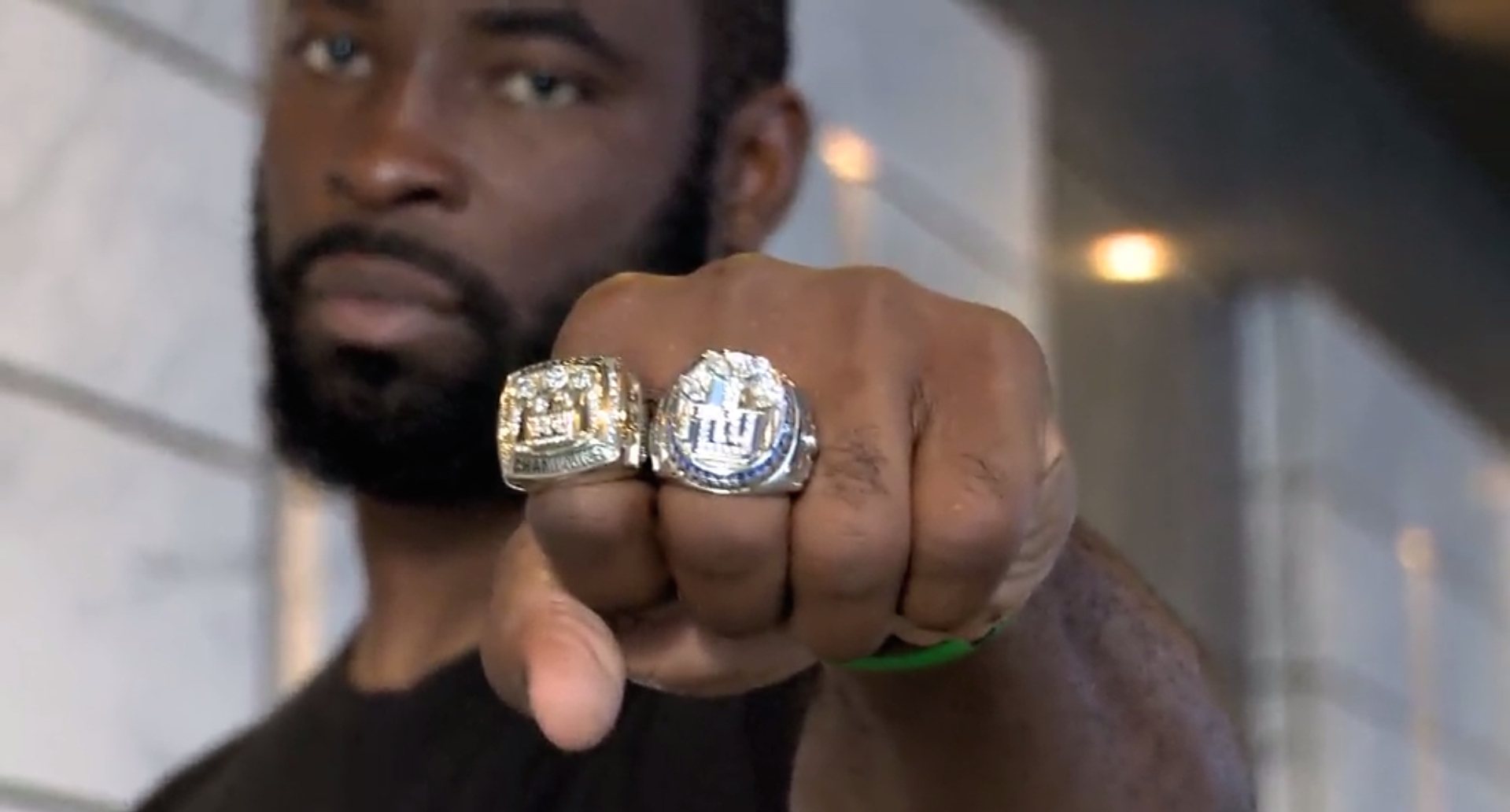 The GEICO-sponsored series is produced by brothers Neil and Michael Mandt, who are behind Showtime's Next Stop for Charlie.

Mobile video platform Torrential announced on Monday that it has partnered with Horizon Media and Mandt Bros. Productions to launch Digital Diaries, a mobile-first original series exploring the lives of NFL stars off the field.

The first episode, which premiered Friday, features two-time Super Bowl champion defensive end Justin Tuck (pictured), currently with the Oakland Raiders. Six weekly episodes are scheduled through the end of the NFL regular season, but the show is expected to continue into the playoffs and Super Bowl.

The weekly episodes will be available on smartphones and tablets within app and mobile browser media environments, including Cinesport, Dailymotion Sports, Men’s Health, Men’s Fitness, MSN and Sporting News, as well as the Torrential TV app, available on Android and iOS.

The lead sponsor for the series is GEICO. A spokesperson says players starring in upcoming episodes are kept secret until the episode reveal, as their schedules may change due to injury or other considerations, but they are all NFL stars.

According to eMarketer, mobile video ad spend is projected to grow over 110% in 2014 and continue to lead all media growth through 2018.

“Mobile-first content is where marketers want to go, and we’re going to help take them there,” said Doug McCurdy, co-founder and president of Torrential, in a statement.

Based in New York, Torrential was founded by entrepreneurs McCurdy, Matt Wasserlauf and Tarun Yadav in 2013 to service media agencies, brand advertisers, content creators and publishers with its Open Syndication System (OS2) technology for mobile entertainment.

Founded in 1989, marketing company Horizon Media has estimated billings of more than $4.7 billion and over 1,000 employees.

Headed by siblings Neil and Michael Mandt, Mandt Bros. Productions is an L.A.-based company responsible for feature film Last Stop for Paul and its TV adaptation Next Stop for Charlie (Showtime), as well as other projects including Destination Truth (Syfy), Jim Rome is Burning (ESPN), Ice Brigade (Food Network), Strangers in Danger (Fuel TV) and The Car Show (Speed Network).