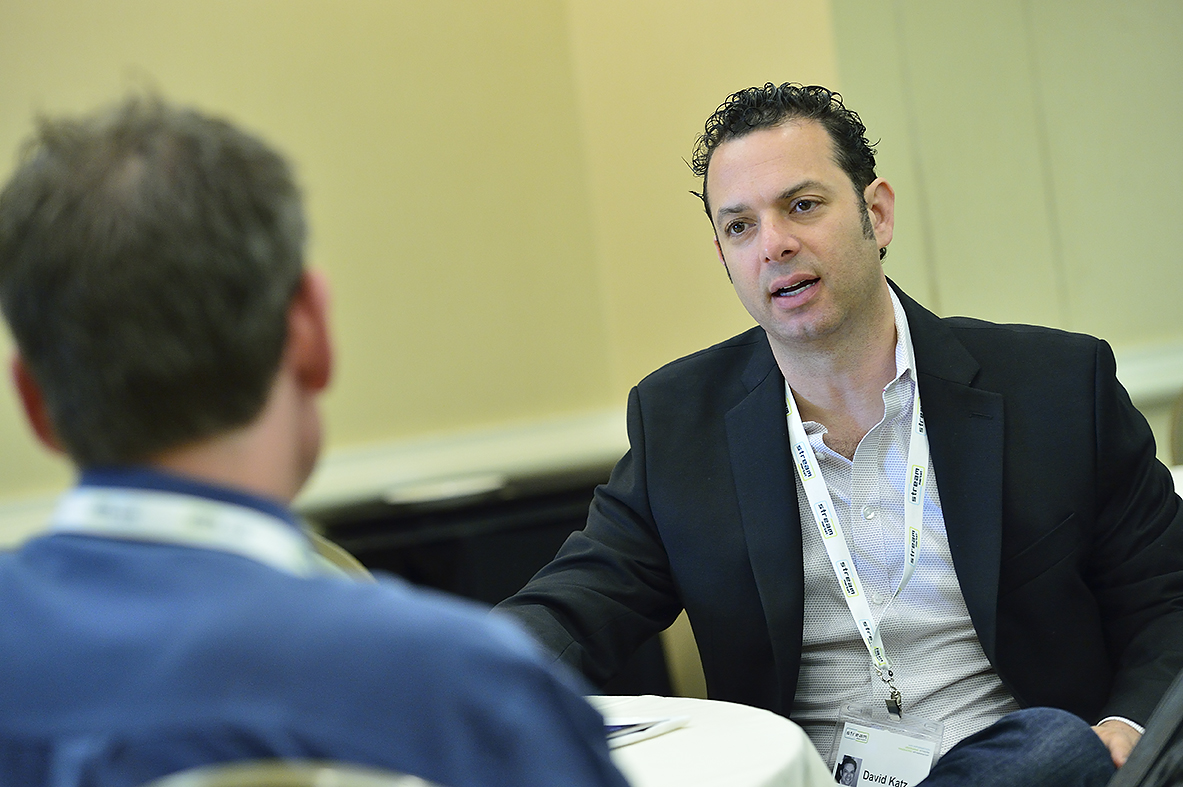 "You're going to have to do the heavy lifting," the VP of Starz Digital Media told delegates at the Merging Media 5 conference in Vancouver.

The 18th century British wit Samuel Johnson once famously criticized his patron for belated support by describing him as someone who stands on the river bank watching a man drowning, and then “encumbers him with help” when he is safe on shore.

“Build your own audience. I can’t really afford to do it for you,” says David Katz, VP of Starz Digital Media.

“You’re going to have to do the heavy lifting. And when you get to a certain point, you will be attractive to people like me,” Katz told the Merging Media 5 conference on Thursday as he revealed tips on creating winning digital content.

Starz Digital Media, the distribution group within Starz, combs the market for digital content it can distribute and monetize through partnerships with cable networks, transactional platforms and SVODs.

The chances are producers will have launched their content on YouTube, and from there built a following before Katz swoops in to help monetize the content elsewhere.

“Build your own audience. I can’t really afford to do it for you,” he told conference delegates. “You have to make a daily effort to continue to engage (subscribers).”

Those who do amass and engage with receptive fans online, and whose content then becomes ripe for extensions on rival platforms, stand the best chance of being rewarded with Starz-powered distribution.

An example is The Online Gamer, a web comedy series about a hardcore video gamer who treats the real world like just another game. Starz Digital leveraged the online property by distributing it as short episodes, including on the Xbox platform.

“They were out there, they had the creative vision. The audience wanted more. Every time they launched another (The Online Gamer) show, the audience soaked it up,” Katz recalled.

“It needs to feel like a TV series,” Katz said, explaining that he can’t sell a 10-minute film on iTunes.

Also, know your platforms. “If you want video to be the central point of your thrust, what’s your Facebook strategy, what’s your Twitter strategy?” Katz questioned.

Here an example is How It Should Have Ended, a website with video shorts and animated parodies offering endings to movies that fans prefer.

“These guys have an engagement rate off the charts. One quarter of subscribers check out every video,” Katz told conference delegates.

Social media helps with that engagement, as Facebook is used to indicate alternate movie endings are coming next, where Twitter offers teasers.

Katz also urged content creators to create a rich story world: “Think about how the characters extend into different online platforms. Audiences want to connect to you, and platforms will enable that connectivity.”

From Playback/File photo of David Katz at Stream Market

David Katz, How It Should Have Ended, Merging Media 2014, Starz Digital, The Online Gamer, XBox