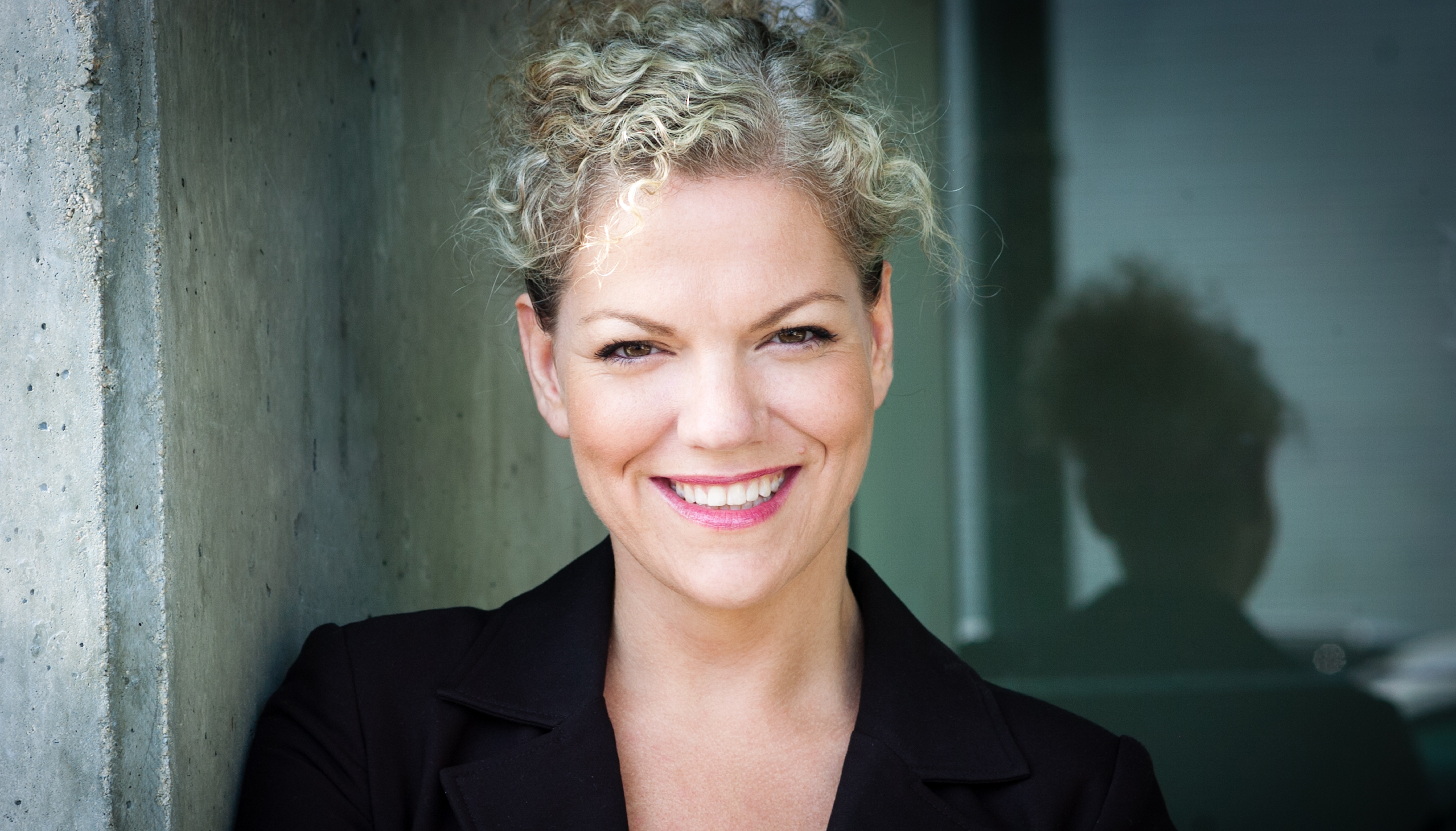 Guest post by Siobhan McCarthy, the CEO of Blyssful Productions and Red Trike Media and the producer of Parked.

Digital media veteran Robert Tercek, president of Milestone Entertainment, warned the audience of industry stakeholders at the Merging Media 5 conference not to listen to pundits talk about the future of TV.  The thinking that all TV will be unbundled à la carte is not reasonable, as the economics simply don’t work. What’s more, trying to impose the TV business model on the web won’t work as the Internet has its own model — rev-share.

But there are some bright spots in the changing media landscape.

Tercek, a former executive at MTV and OWN, pointed out that we are in an era of change; a time of divergence not convergence. One poignant black and white slide from his keynote addressed two distinct models — 20th century media being centralized, consolidated and defined as expensive and scarce, versus the 21st century media being decentralized, dispersed, cheap, unbundled and abundant. Adopting the change will take a significant mind shift in the commissioners, funders and creators of new content.

This shift is happening, but it’s slow: For every $100 billion spent on original TV programming, there is $1 billion invested in OTT programming, he said.

Tercek acknowledged that big media is dependent upon pay-TV and there is a trend in consolidation of distribution, hence the rise of the MCNs. YouTube was defined as the epitome of the 21st-century model, as its defining characteristic is that the company is nimble. It has allowed for a democratization of content, putting the power back into the creators’ hands by skipping the gatekeeper. Audiences view more video on YouTube in a month than on any network in history.

The traditional media company model is all about revenue maximization, versus the platform company’s model, which focuses on audience maximization. So how and where do the two models meet? Where is the sweet-spot? If content is king and data is queen, how do we leverage that knowledge to entice brands to facilitate more robust marketing tactics?

As an early adopter, none of this is news to me. I feel change needs to happen at the funding level, and we need to rethink our marketing strategies and endeavors. I was happy to see the room peppered with television network executives, funders and independent producers. In this exciting time of change, where technology has enabled creators to flood the market with content, how do we enable content creators to stand out?

VOD trains the consumer to search for a show, not a channel, so again, as a content creator, how do you stand out amongst a smorgasbord of Chiclet-shaped apps? Mobile is second only to TV, and even that is changing. Mobile apps have superseded mobile web and desktop. So as a content creator, how do you fund and market your content, if the funding model is tethered to a traditional broadcast deal? 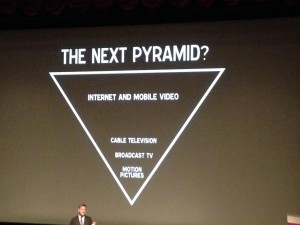 Despite wondering about these systemic barriers facing content creators, I left Tercek’s keynote address feeling somewhat vindicated and inspired, hoping the next pyramid of Hollywood’s hierarchy he proposed could actually happen sooner rather than later. In Tercek’s inverted pyramid of entertainment, the future will see internet and mobile video at the widest part at the top, with cable, broadcast and motion pictures being pushed to the corner at the bottom.

But then I walked upstairs to attend a panel about MCNs and digital studios, and all hopes were dashed as people continued the dialog of imposing the old model onto the new. Digital enables us to pivot quickly; I only wish the same was true for the human mindset. It will take much longer than an hour keynote address by a powerful forward-thinker to de-program decades of indoctrination. That being said, I’m excited to interview the funders, pose important questions and present their programs over the next few days.  Please stay tuned…