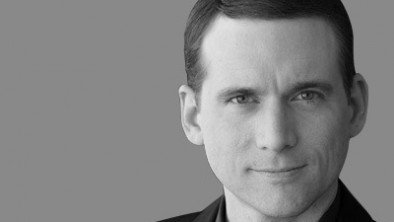 The old-school thinking behind Machinima’s rebranding

When Daniel Tibbets joined Machinima as chief content officer in September, he was confronted with more than 31,000 worldwide creators, generating upwards of 150 million unique views each month. The question facing him was the same one everyone in the digital video space is trying to tackle: how to efficiently harness this unwieldy mass of talent and its fan base.

Tibbets thinks the answer is taking a page or two from the old-school media playbook.

Tibbets says Machinima plans to bolster creator support with a TV network-style, 52-week calendar of programming, including shows keyed to holidays and other seasonal events.

“I think that the thing we can learn from media overall is that some level of programming and frequency adds value to not only the audience, but your brand partners,” says Tibbets, who came to Machinima following a 3-year stint as SVP of digital media at Bunim/Murray Productions (The Real World, Project Runway).

“Maybe today (creators’) capabilities allow them to make one great piece of content a month. If I can work with them and help them expand what they’re already doing well and maybe do that on a weekly basis, suddenly their viewership, their total views and their brand can grow.”

While the end goal is old school, Machinima’s vehicle for reaching it – its “Heroes Rise” rebranding effort, unveiled on Monday – takes its inspiration from the youth-leaning videogame world that is the MCN’s focus.

At the center of the rebranding is its Level Up talent program, with two by-invitation levels, M-Black and M-Red, and one for beginners, M-White, open to all. In videogames, players make it to the next level by completing a specific task or surpassing a scoring threshold. With Level Up, the criteria is more subjective.

“On the M-Black level, it’s definitely about viewership and engagement with an audience,” Tibbets says. But “there’s no hard number that we put out there (to qualify). M-Black is for individuals who have reached a level of consistency in the creation and programming of their content. With M-Red, it’s really not so much about current subscribers or current audience. It’s about content that we can look at and say, ‘Wow, there’s something really unique, really special here.’ And with just a little bit of help and guidance, we can help people who are in M-Red move up into the M-Black level of support.”

At the M-Black level, creators get 1-on-1 assistance from Machinima reps. Both M-Black and M-Red will offer brand sponsorship opportunities, and all 3 levels have access to Machinima’s new state-of-the-art talent management system, dubbed Console, featuring earnings reports, social tools and in-depth analytics.

Tibbets says Machinima plans to bolster the support with a TV network-style, 52-week calendar of programming, including shows keyed to holidays and other seasonal events.

“It’s about being more proactive in the way we’re talking to brands,” Tibbets says. “The key is to set up very defined programming and communicate that to the advertising community so that they can make smart choices about where they want to spend their resources and money. Then it allows us to work with the brand on integration opportunities.”

While the MCN works with creators to help them make better content, Machimina is also busy producing its own programming, including a sequel to its original series Street Fighter: Assassin’s Fist, due in late 2015 or early 2016, titled Street Fighter: World Warrior.

“In 2015, you will absolutely see big franchises from us on the scripted and animated side,” Tibbets says. “You will also see new franchises, things that we are working hard to develop, package and be able to program out on our network showing the level of quality and storytelling that Machinima has been known for in the past.”